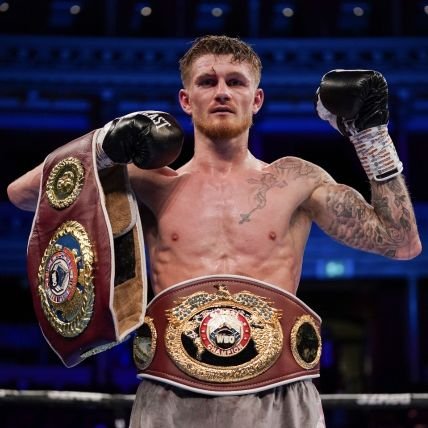 British junior lightweight contender Archie “Sharpshooter” Sharp has designs on a world title shot, but he must keep his unbeaten record intact. Sharp, ranked No. 2 by the WBO, will defend his WBO Global belt in a 10-rounder this Friday, Oct. 29 at London’s York Hall against Alexis Boureima Kabore.

Sharp-Kabore and Kulakhmet-Abreu will top a bill streaming live and exclusively in the United States on ESPN+ at 2 p.m. ET/11 a.m. PT.

Sharp (20-0, 9 KOs) is a former WBO European belt-holder who fought on an ESPN+-streamed Michael Conlan/Carl Frampton doubleheader in August 2020, edging Jeff Ofori by a single point. He made his 2021 debut on July 10 and survived a pair of cuts to top Mexican upstart Diego Andrade Chavez via unanimous decision. Kabore (28-4, 7 KOs), from Burkina Faso, has fought the majority of his bouts in his home nation and is making his European debut against Sharp. He is a former African Union and WBC International champion at 122 pounds.