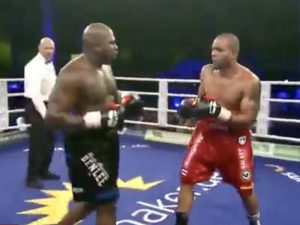 40 year old former heavyweight title challenger (to Vitali Klitschko) Johnson who was on a roll of losing his last 5 bouts, came out more aggressive than usual to spoil the plans of the then once beaten former cruiserweight champion Hernandez. 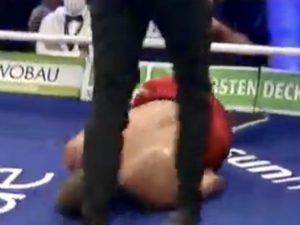 From the offset, Johnson stalked the 35 year old Hernandez making his comeback dropping him in round 4 and then on the floor for good at the 2:00 mark of round 7.

Another fighter making his comeback was 33 year old former world title challenger Krasniqi, stopping Eschner in the sixth round of a fight made at light heavyweight.