Silem Serang vs. Frengky Rohi 3: Rohi makes it 2-1 against Serang 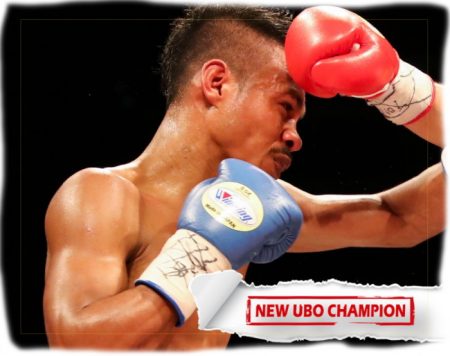 At the Barlai Sarbini in Jakarta, Serang was a slight favourite having won their second fight in November of 2021, albeit by split decision, and three straight coming in.

But Rohi was determined to set the record straight, believing he deserved the nod last time, and boxed confidently from the start.

Both former Indonesian national champions, it was a tough and entertaining fight, but Rohi got the upper hand with knock-downs in rounds four and ten.

Serang beat the referees count both times, and gamely tried to turn the tide, but in large periods he was coming out second best from the exchanges.

After ten rounds of boxing, judges John Yoteni and Jemmy Latue scored the fight 97-96 and 98-91 in favour of Rohi, while judge Nus Ririhena had it even at 94-94.

The new UBO International Light Flyweight champion by majority decision, Rohi improved his professional record to a very misleading 8-12-1 (3), while Serang drops to 18-23-3 (2).

The fight was one of the featured bouts of a show promoted by MPRO International in association with Evolution Fight Series.