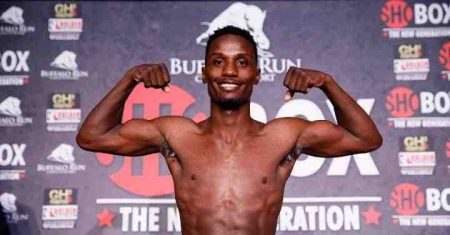 The 27-year-old Sims (16-2-1, 5 KOs) returns to the ring for the first time since a career-best victory in May saw him earn a decision over the previously unbeaten Elvis Rodriguez. A Chicago-native, Sims has won four of his last five fights dating back to a 2018 draw against Montana Love.

Fighting out of his native Washington, D.C., Williams (8-0-1, 2 KOs) will look to close out 2021 with a second victory after defeating Antonio Sanchez by unanimous decision in August. The 24-year-old had previously beaten Gaku Takahashi in January 2020 as part of a seven-bout winning streak dating back to a split-draw in his second pro fight.