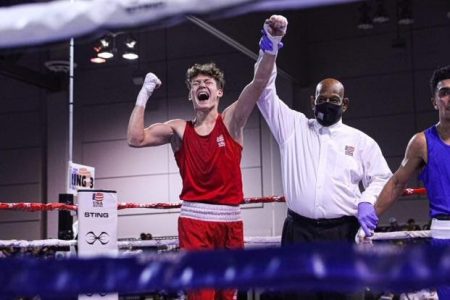 Split-T Management is pleased to announce the signing of decorated amateur Javier Zamarron to a management contract.

Zamarron, 21 years-old of Milwaukee, Wisconsin will compete in the featherweight division.

“The Split-T team really became aware of Javier at the 2021 Golden Gloves where he was clearly one of the very best prospects. He’s a polished guy with power and intelligence, exactly what we are looking for in a young fighter,” said David McWater of Split-T Management

“I am happy to be part of the team. Split-T Management has a lot of good fighters who have been taken in the right direction and have achieved great things in boxing. Dave McWater has a lot of great connections that have facilitated their fighters forward. Signing with Split-T is the right move for me as I see my career going forward towards being a world champion.”

Zamarron began boxing at the age of eight-years old, when a friend of his father informed Javier and his dad about the United Community Center in Milwaukee. The center has produced many professionals which includes Split-T middleweight prospect Javier Martinez.

When Zamarron moved up to the elite class of amateur boxing, the results continued as he won the 2021 United States championship, and was runner-up at 2022 National Golden Gloves.

About his fan-friendly style, Zamarron describes himself as being a boxer-puncher. “I can box all day if I want, but if it turns into a war, I can certainly bang. I consider myself to be a volume puncher who works in combinations.

The southpaw is trained by world-champion trainer Robert Garcia.

Zamarron’s family is from Jalisco, Mexico and he speaks fluent Spanish.

Away from boxing, Zamarron stays active by playing basketball and taking care of his Pitbull named Tarzan. 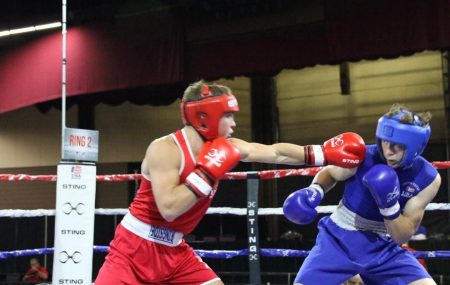