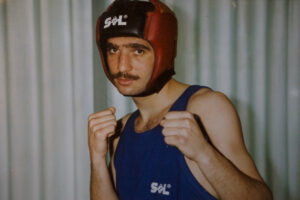 Serafim Todorov is a Bulgarian boxer born July 6, 1969 in Pechtera. At the Atlanta Olympics in 1996, Todorov won against Floyd Mayweather, then still an amateur, making him the last to beat the American boxer who remained undefeated throughout his professional career.

Silver medalist at the Atlanta Olympic Games in 1996 in the featherweight category, he consecutively won 3 gold medals at the world championships (in Sydney in 1991, Tampere in 1993 and Berlin in 1995) and at the European championships (in Athens in 1989, Göteborg in 1991 and Bursa in 1993). Todorov began a professional career in 1998 but the results were not as convincing: he retired from the rings in 2003 after only 6 fights.

Route to the Olympic Games:

On this day: Hiroshi Kawashima defends his World Title in Tokyo, Japan