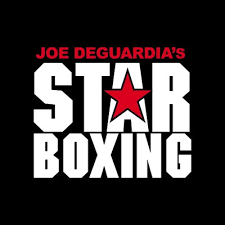 Before looking ahead to all of the possibilities the new year may bring, we look back through 2022 – a year that saw thrilling action and, at long last, the return of a full year of the sweet science.

2022 commenced with the return of the light heavyweight World Champion, the “COMMON MAN” JOE SMITH JR. who defended his WBO World Championship by 9th round TKO domination against Steve Geffrard at Turning Stone in January on ESPN. Originally, Smith was scheduled to fight heavy handed foe, Callum Johnson for his first WBO title defense, but the fight was scrapped after Johnson tested positive for COVID-19. In June, Smith courageously put his WBO World Championship belt on the line against unified world champion, ARTUR BETERBIEV, in a light heavyweight unification bout (WBO, WBC and IBF) at the Hulu Theater at MSG on ESPN. From the moment the fight was announced, boxing media and fans alike were clamoring over what was one of the biggest fights of 2022 – knowing the fighter who landed first would likely receive the glory. While it would not be Joe Smith’s night, he was applauded for his willingness and desire to be great, taking the biggest and best fight out there – something boxing desperately needs more of. Smith remains a top 5 world ranked contender and will be back in 2023 looking to get his Championship back.

The pride of East Hartford, Connecticut RICHIE “POPEYE THE SAILOR MAN” RIVERA burst onto the global boxing scene in 2022, with a preposterous and controversial split decision loss to top #1 world rated cruiserweight BADOU JACK in Jeddah, Saudi Arabia, this past August. In a bout where most did not give Rivera a chance, Rivera dictated the action for most of the fight and was on his way to a surprising victory. The 8th round included an inexplicable additional 58 seconds (3:58 illegal round), which changed the course of the fight. Social media was in an uproar after the bout. Rivera who was rightly upset, handled the situation graciously. While Star Boxing Hall of Fame Promoter Joe DeGuardia lobbied for a rematch, Badou Jack seemingly will have no part of it, happy to have gotten away with the controversial decision. Rivera in the meantime returned to action in December in Puerto Rico earning a second round TKO victory over Ariel Basconcel on ProBox TV. Rivera finished the year with a record of 22-1 17KO’s and will look to continue his momentum into 2023 – the year of “Popeye.”

MICHAEL “LONE WOLF” MAGNESI (21-1 13KO’S) also made his global boxing scene debut on the undercard of Joyce-Parker against ANTHONY CACACE in Manchester on BT Sport. The fight would was to be Magnesi’s third IBO Super Featherweight World Title defense. Magnesi unexpectedly got off to a hot start, looking to take care of business early. Cacace settled in, using his length to dictate the distance of the fight. Magnesi, who fought 7 rounds with a broken rib, gutted out the final rounds of the fight, but the judges scored the bout in favor of Cacace by split decision. Not to be deterred, Magnesi has vowed to come back for vengeance. While Magnesi lost his title, he is now world rated #12 (WBC) and #8 (IBF).

Heavyweight CARLOS TAKAM continued his fearless march into enemy territory and nearly caused a massive upset in 2022 over, “THE LION” ARSLANBEK MAKHMUDOV, in Makhmudov’s hometown of Montreal Canada. Makhmudov, who entered the fight with a perfect 100% knockout ratio was truly tested by Takam over their 10 round NABA, WBC Silver and NABF Heavyweight Title main event. After a first-round knockdown, Takam settled in and had the Montreal hometown crowd uneasy for the remaining 9 rounds. A pivotal 8th round would make the difference in the fight. Takam, who had taken the momentum in the fight and seemed to be on his way to a massive upset win, went for the KO and missed a wide, looping punch, causing him to be off balance and saw him tagged by a Makhumdov grazing right hand that sent an unbalanced Takam to the canvas. As a result, Makhmudov was able to get the nod by unanimous decision in a very close fight. Takam is currently rated #22 by the WBC and Star Boxing is working on his next bout.

Star Boxing’s “Rockin’ Fights” series at The Paramount rolled on with three thrilling fight cards in 2022.

“THE JACKPOT” TYRONE “PRETTY BOY” JAMES finally returned to action after two years off due to Tommy John surgery and the COVID hiatus, with a vicious 4th round TKO over very well-respected Jimmy Williams to earn the ABO Super Welterweight Championship. On the same card, WENDY “HAITINA FIRE” TOUSSAINT devoured Travis Gambardella with a first round TKO victory.

In October at “Rockin’ Fights” 43 an injury riddled upset in October saw JOEL”SHOTGUN” SHOJGREEN knockdown and defeat, LYUBOMYR “DEMOLITION MAN” PINCHUK in the ABO cruiserweight championship main event. Pinchuk was unable to continue due to a knee injury on a completely sold-out five fight card.

April’s Rivers Casino fight night featured four-fights topped by a WBC Continental America’s and NABA Gold Cruiserweight main event between Star Boxing stablemates, #16 world rated cruiserweight (WBC), the Italian tank, SIMONE “TYSON” FEDERICI who went to war with LYUBOMYR “DEMOLITION MAN” PINCHUK in an electric main event. The two traded at will, jockeying for the upper hand in the fight. Federici would manage to pull away, earn the unanimous decision victory and returned to Italy with both belts in tow. Irish duo, “SUPERFLY” TONY BROWNE and “THE SILENT ASSASSIN” RYAN O’ROURKE each collected a win in their respective US debut’s at River’s Casino.

In May, Star Boxing promoted the first ever professional boxing match at the famous Carnesecca Arena at St. John’s University, six-fight card that saw an upset in the welterweight main event when DANNY “EL GALLO” GONZALEZ lost a razor thin split decision to PAULO GALDINO of Brazil. Also featured was an all-out brawl as former multi time world champion, MAUREEN SHEA defeated CALISTA SILGADO in Shea’s return to NYC for the first time in nearly 12 years.

In November, Star Boxing promoted the first ever professional boxing match at Mulcahy’s Pub and Concert Hall, that was a night of knockouts. On the five-fight card, former Irish prospect of the year, “THE SILENT ASSASSIN” RYAN O’ROURKE absolutely demolished Andreas Maier with a first round TKO at Star Boxing’s “Shore Wars” at Mulcahy’s in November. O’Rourke finished the year improving to 9-0 2KO’s. In the “Shore Wars” main event, “THE JACKPOT” TYRONE “PRETTY BOY” JAMES dominated German veteran, Omar Siala, by 2nd round TKO closing out the year with a pristine record of 13-0 10KO’s on the five-bout card.

Star Boxing CEO JOE DEGUARDIA had this to say about 2022, “Yet another year down in our 30 plus year history – and we keep swinging. 2022 was a very busy year for Star Boxing. We spanned 9 countries with nearly 60 bouts and promoted some of the biggest fights in the sport, including multiple world champions fights. We wish everyone a happy and healthy New Year, and we cannot wait to kick off 2023 with a bang!”