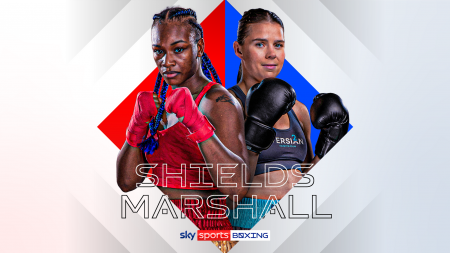 News of the passing of Her Majesty Queen Elizabeth II was received with great sadness by the athletes and staff of BOXXER today.

Out of the deepest respect, Friday’s scheduled official weigh-ins for BOXXER – LEGACY: Shields vs Marshall, will now take place behind closed doors and will not be open to the media or to members of the public.

An announcement regarding the status of Saturday’s event, at The O2 in London, will be made following consultation with relevant government and sports sector bodies and will be made at the earliest possible opportunity.

This announcement will be made via Boxxer.com and the official BOXXER social media channels.

The deepest sympathies of every BOXXER athlete and staff member are with the Royal Family and everyone affected by the passing of Her Majesty Queen Elizabeth II.

Ben Shalom, BOXXER CEO and Founder, reflected on today’s news: “My thoughts are with the Royal Family and the nation at this incredibly sad time.

“Her Majesty, Queen Elizabeth II was an iconic and unrivalled leader for our nation and an inspiration for women all over the world.

“Her leadership and her strength of character showed that there were no limits to what women can accomplish. Her passion for the equestrian sports was unrivalled and her presence at so many key sporting events underlined the importance she placed on the role of sport in society.

“On behalf of everyone at BOXXER and all our fighters, we express our heartfelt gratitude and thanks for everything Her Majesty has done to pave the way for women and inspire the next generation.”

An inspiration to millions of people in the United Kingdom and around the world, Her Majesty, Queen Elizabeth II was the longest-reigning monarch in British history. She set an example of duty and dedication which will echo through the ages.

Her Majesty, Queen Elizabeth II was a keen equestrian with a passion for horse-riding sports of all varieties.

And throughout her momentous 70 years of service, she played a central role in major events across the entire sports pantheon – particularly for women in sport, where she celebrated and inspired generations of grassroots and elite female athletes across the globe.