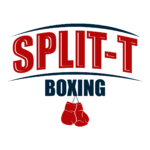 Heavyweight Stephan Shaw and junior welterweight Omar Rosario kept their undefeated records intact with knockout victories at Whiteland’s Event Center in Plant City, Florida.
Shaw and Rosario are managed by Split-T Management.
Shaw of Saint Louis, Missouri, upped his record to 15-0 with 11 knockouts as he dispatched Nick Davis at 1:42 of the opening round of their scheduled eight-round bout.
Shaw dropped Davis with a huge barrage of power punches that put Davis out on his back.
WATCH SHAW’S KO
Shaw is promoted by DiBella Entertainment
Rosario pitched a shutout in his four round unanimous decision over previously undefeated Marc Misiura.
Rosario was able to showcase his boxing skills that made him an amateur star in his native Puerto Rico. The 23 year-old Rosario won every round and came home with the victory by scores on all three judges’ scorecards to raise his record to 5-0. Misiura is now 2-1.
Rosario is promoted by Top Rank.
Sunday night in Cleveland, junior middleweight Charles Conwell stopped previously undefeated Juan Carlos Rubio at 2:39 of round three of their scheduled 10-round bout.
Conwell of Cleveland is now 16-0 with 12 knockouts.
Conwell is promoted by DiBella Entertainment and Holden Productions.