Stories: When “The Fish” survived the bite of “The Cobra” 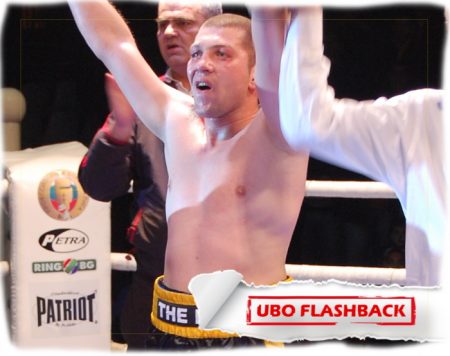 Bulgarian Alexander “The Fish” Ribchev fought some big names on the European scene between making his debut in 2009 and retiring in 2015.

Jack Culcay, Brian Rose, Chris Eubank Jr., Michel Soro and Frank Buglioni, just to mention some of the prominent fighters he took on, often on short notice, in his 20-13-1 (7) career.

In May of 2012 Ribchev was matched with Argentinian Crispulo Javier “La Cobra” Andino (14-3-1, 6 KOs) for the vacant UBO Inter-Continental Middleweight title, at the National Winter Sports Palace in Sofia.

The local man didn’t have the best of starts in the fight, as a confident Andino had come to win and shockingly floored Ribchev in the second round with a vicious left hook.

Badly hurt, Ribchev got up and through the round, and after surviving a shaky third stanza he eventually recovered, but only because of his great conditioning.

The fight continued at a high pace, both men having their moments, but as the rounds went Ribchev started to find his rhythm and took over.

It was however a very competitive fight, and, while Ribchev deserved the victory, the scores of 118-110, 118-109, 118-109 nowhere near painted an accurate picture of what unfolded in the ring.

It was high drama in Sofia, and on this night “The Fish” survived the bit of “The Cobra” and prevailed to become UBO champion a second time.