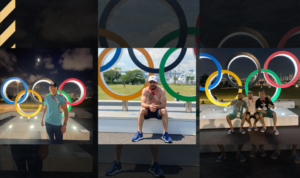 Some of MTK Global’s brightest stars will be competing at the Olympic Games in Tokyo over the next two weeks, and they learned their potential routes to the final after the draw was made yesterday.

With professional boxers now able to compete, Kamshybek Kunkabayev, Shakhobidin Zoirov and Hovhannes Bachkov will all be competing at the event, looking to achieve their dreams and take home gold.

In the men’s super-heavyweight draw, Kazakh sensation Kunkabayev has been seeded #2, and begins his tournament with a clash against Yousry Hafez of Egypt on July 29.

A victory there would place Kunkabayev in the quarter-finals, with potential fights against the likes of Frazer Clarke and Bakhodir Jalolov coming later in the competition.

In the men’s flyweight division, Uzbekistan’s Zoirov meets Batuhan Ciftci of Turkey in the opening round on July 26, with the winner set to meet Daniel David Varela de Pina in the next round.

Zoirov is looking to make it back to back gold medals at the Olympic Games, having already won a gold medal at the 2016 Olympics in Rio.

In the men’s lightweight division, Armenia’s Bachkov begins with a clash against Alston Ryan on July 25, before potential future fights against the likes of Keyshawn Davis and Luke McCormack.