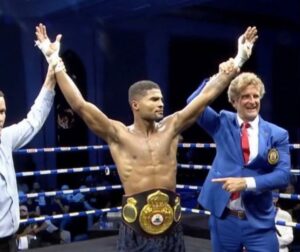 Atlantis The Palm Hotel in Dubai

Sims displayed a great array of tools in the ring and dominated all the rounds until the moment of the stoppage. The American established his style from the start and made it clear who was the strongest opponent of the night from the very first bell.

The 26-year-old needed a win at all costs as he had just lost his unbeaten record in his most recent bout to Roamer Angulo by unanimous decision. The opportunity to face Perez for the belt was a relief for Sims, who made the most of it with his win.

The Plainfield native won his 21st pro fight and has just one loss, while he has knocked out 19 opponents. Perez, meanwhile, dropped his record to 8 wins, 4 losses and 3 knockouts.