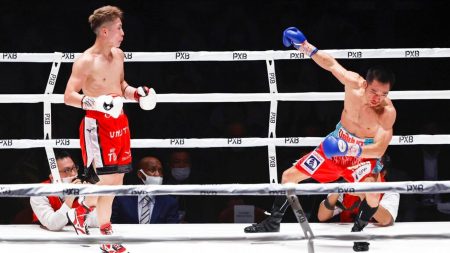 The Japanese also defended his IBF belt in a bout in which his strength was evident and made it clear that he is one of the best pound-for-pound fighters in the world today.

Inoue gave no quarter to his Thai opponent and from the first round he started attacking him with combinations to the face and good work to the midsection. Although Dipaen tried to stand up to the champion, there was little he could do against the relentless attack that the “Monster” proposed.

The 28-year-old champion knocked his opponent down in the eighth round and although he got up, he continued to punish him until the referee had to stop the action. Inoue made the third defense of his black and gold belt and remains one of the best in the world.

The undefeated in 22 fights has knocked out 19 fighters, while Dipaen dropped his record to 12 wins, 3 losses and 11 knockouts.