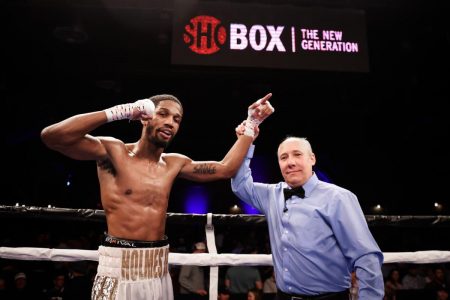 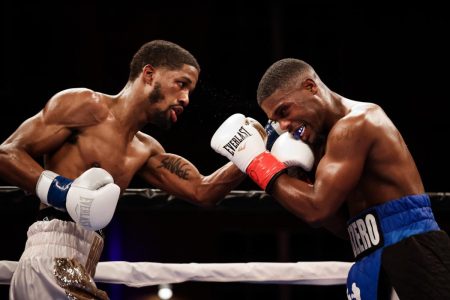 Three of those victories came in Deadwood, South Dakota as Ardreal Holmes Jr. remained undefeated with a 10-round unanimous decision over Vernon Brown in a junior middleweight bout that headlined a SHOBOX: The New Generation card that was live on SHOWTIME.

“I was reborn tonight,” Holmes said. “This performance showed that I still have it in me. I hurt my left hand in the second round. I couldn’t punch how I wanted to. I was in a bunch of pain but I pulled through. Thinking about my family pushed me through the pain.”

Holmes said no matter how much Brown hurt him, he was going to push through the pain. “I was rusty. I believe I need another fight to get the rust off. My timing wasn’t there. I’ve been off for like 800 days, but this fight showed that I have a lot of heart. I want Paul Kroll next. He was talking a lot of junk against me. We have a history in the amateurs. He’s who I want.”

Holmes is promoted by DiBella Entertainment and Holden Productions. 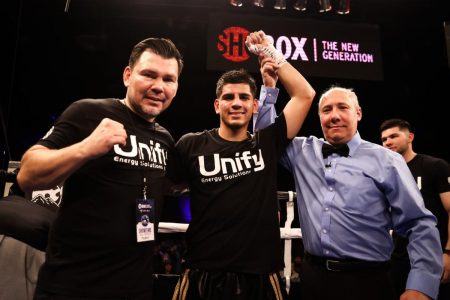 In the opening bout, Giovanni Marquez made a successful pro debut with a four-round unanimous decision over Nelson Morales in a welterweight bout.

Marquez displayed the boxing skills that propelled him to a National Golden Gloves title, as he boxed well and mixed some crisp power shots. Despite injuring his hand, Marquez looked like a seasoned veteran as was very composed in the ring.

“I felt great,” said Marquez. “I hurt my left hand in the second round on a jab. I think I would have been able to stop him if I hadn’t hurt my hand.”

Added Giovanni: “It was a great experience. He was a tough, durable guy, but I feel like I handled everything, the cameras, all the attention pretty well. I started a little slow but after the first round I settled down and fought my fight. I felt fine without the headgear. We kept bumping heads, but he never hurt me. There was a lot of pressure on me, and I was a little nervous in the leadup to the fight, but once I got into the fight I relaxed and I felt comfortable. Overall, it was a great experience.” 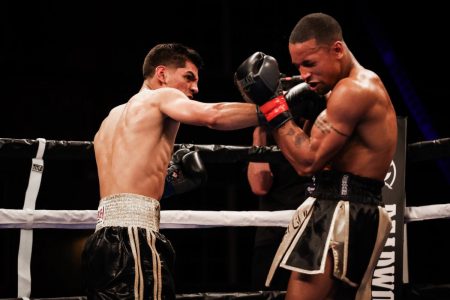 Navarro is settling into the pro game as he dominated the action and took every round convincingly and won by scores of 60-54 on all cards.

With the win, the 22 year-old native of Los Angeles upped his record to 4-1.

In Bethlehem, Pennsylvania, LeAnna Cruz remained undefeated with a four-round unanimous decision over Anyela Lopez in a bantamweight fight.

Cruz featured solid right hands that landed flush on Lopez, which was a delight to the large hometown fan base that Cruz performed in front of.

Cruz is promoted by King’s Promotions.