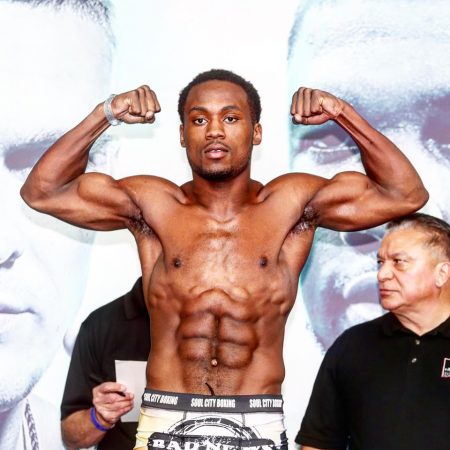 Conwell of Cleveland, Ohio is managed by Split-T Management and has a record of 16-0 with 12 knockouts.

The 24 year-old Conwell is the USBA Junior Middleweight champion, and is considered one of the top young fighters in the sport.

Ramirez of Mexico City is 19-9 with eight knockouts. The 25 year-old is an eight-year veteran, and has quality wins over Alejandro Meneses (8-2), Ricardo Salas Rodriguez (7-0), Jesus Arriega (2-0), Jorge Garcia Perez (17-1). Ramirez is coming off a loss to undefeated Evan Sanchez on February 19th in Tijuana, Mexico.

Conwell is promoted by Probellum and DiBella Entertainment.

With the win, the 23 year-old native of Waianae, Hawaii is now 3-0 with three knockouts.

The very next night in Dearborn, Michigan, Split-T’s Joseph Hicks (2-0, 2 KOs) remained undefeated with a second round stoppage over Bruno Leonardo Lomay in a scheduled six-round bout.

Hicks is promoted by Salita Promotions.