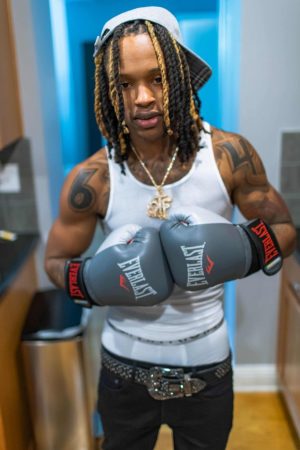 On Saturday night, June 11th a special performance dedicated to fallen star, rapper King Von will be part of a big night of boxing at The Center Stage Theater in Atlanta.

The late 26 Year-old rapper, born Dayvon Daquan Bennett, lost his life to gun violence back in November of 2020. As part of the June 11th event, Prestige Boxing Advisory Group will be honoring The People’s Champion, King Von. Von went out Fighting, and even though his life was taken too early, the champ is still here spiritually. This tribute will consist of the late rapper’s posthumous album being played and celebrated. The album will be played along with his previous catalogs, This will be a star studded Event as Hip-Hop and boxing royalty will be present Remembering King Von– Gloves Up and Guns down.

In an eight-round bout, undefeated heavyweight knockout artist, Raphael Akepejiori (13-0, 13 KOs) of Miami will take part against an opponent to be named,