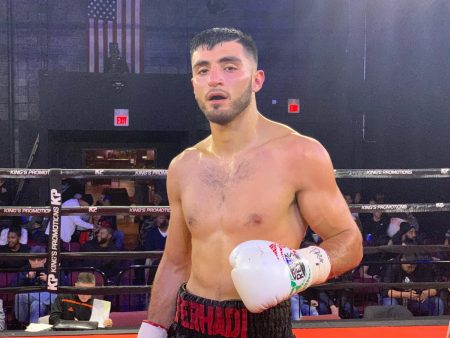 The eight-bout card is promoted by King’s Promotions. 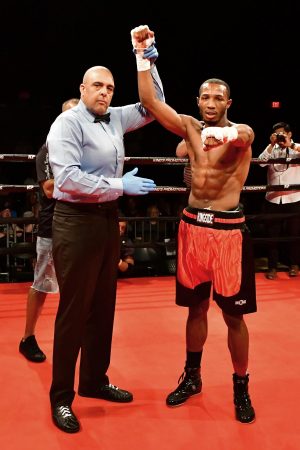 Ferhadi, 27 years-old of Frederick, Maryland via Iraq is 9-0 with seven knockouts. The 10 year veteran has a win over undefeated Vincent Baccus (4-0-1). In his last bout, Ferhadi took an eight-round unanimous decision over Blake Mansfield on June 5, 2021 in Philadelphia.

Wheeler, 28 years-old of Bethlehem, Pennsylvania, has a record of 6-1 with five knockouts. The three-year pro is coming off his career best win as he took a six-round split decision over previously undefeated Frederick Julan (12-0) on December 2, 2021 in New York City.

Robles, 30 years-old of Staten Island, New York, has a record of 8-1 with three knockouts. The five-year pro has a win over previously undefeated Shawn West (3-0), and his last outing when he won a six-round unanimous decision over Isaac Luna on March 19, 2021 in Tampa, Florida.

The 29 year-old Bernadin has been on a roll as in his last two fights, he has wins over Osvaldo Morales (4-0) and a first-round stoppage of Edgar Torres (8-2-1).

Asmat, 27 years-old, has a win over Ernesto Ornelas (1-0). He is on a three-fight win streak, with his latest win being a third-round stoppage over Weusi Johnson on June 22, 2019 in Philadelphia,

Julian Gonzalez (5-0, 5 KOs) of Reading, PA takes on an opponent to be named in a junior lightweight fight.

Thanjae Teasley of Bethlehem, PA and Ajoola Oladeinde of La Plata, MD in a welterweight fight of pro debuter’s.

If you like what we do and you wish to support us, please consider a one-off donation to help us grow and to bring you even more boxing news & results from around the world (you can even make a recurring payment). All safe and via PayPal…just click the PayPal image below: