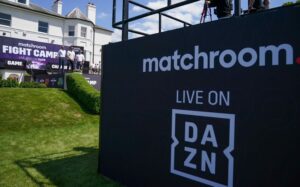 General Sale tickets for the three Fight Camp events taking place at the Matchroom HQ in Brentwood, Essex headlined by Conor Benn vs. Adrian Granados on Saturday July 31, Kid Galahad vs. Jazza Dickens on Saturday August 7 and Joshua Buatsi vs. Richard Bolotniks on Saturday August 14 will be available to purchase at 10am on Friday July 2.

Matchroom Fight Pass members will be able to purchase tickets via Matchroom Boxing (https://link.edgepilot.com/s/4de35fd8/Dq0WeegAW0mNEKICe34ItQ?u=http://www.matchroomboxing.com/) from 10am on Thursday July 1.

All tickets are priced at £750 per show (plus booking fee) and include transportation to and from the venue (shuttle service from the Brentwood Centre) and festival style hospitality (complimentary food and beverages) throughout the night. Full event information can be found at your point of purchase.

*Ticket holders can only arrive at the venue via Matchroom transport.