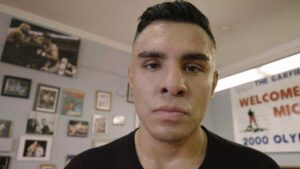 Adrian Granados says he will “humble” Conor Benn when they collide for the WBA Continental Welterweight Title at the top of Fight Camp Week 1 in Brentwood, Essex on Saturday July 31, live worldwide on DAZN.

‘Tigre’, a 33-fight veteran who is no stranger to boxing’s biggest platforms, has gone the distance with former two-time Welterweight World Champion Shawn Porter and former multi-division World Champion Adrien Broner in losing efforts – and the 31-year-old believes he is on another level to the opponents Benn has faced.

Benn produced dominant performances in his last two outings against Sebastian Formella and Samuel Vargas – leading to many in the sport labelling him as one of the new stars of the thriving 147lbs division – and Granados says that he will need to stop the 24-year-old Essex native if he is to come away with a victory.

“Confidence is good. That’s what we all have. I’m a confident fighter. I’m confident in my abilities. I just don’t talk the way he does. Some of the things he said about me, it’s like, ‘alright boy you’re going to find out now’. Don’t be talking all that mess because you’re going to get humbled real quick.

“I’m not anybody else you ever fought. He’s making it seem like he’s going to dismantle me, he’s going to destroy me. It’s like bro, you ain’t nobody. I didn’t even know who he was until recently. I’ve got respect for the Benn name. I respect him because he’s a Benn. It’s from his dad and what his dad has done.

“I’m going to have to stop him because I’m fighting England’s new golden boy in England. I’ve got to stop him. I know everyone was impressed with his fight with Samuel Vargas but he just kind of jumped on Sammy and Sammy wasn’t expecting all that. It was a great win for him, but I’m not Samuel Vargas.

“I kind of see myself as a loveable loser because I just can’t get a decision. I can’t get a win at the big stage. I give hell to whoever I fight. Have they looked at my losses and think I’m the right fight to take? My career could look so much different if the right decisions were made in my fights. I know that I’m going to show the heart that I’ve got and the balls that I’ve got.

“I’ve asked questions of much better fighters than Conor Benn and I’m not coming to the U.K. to make up the numbers. This is a big opportunity for me against a fighter I know they’re hyping to be the next big thing. They’ve made a mistake in picking me. This is a big moment for me and I’m taking it.” 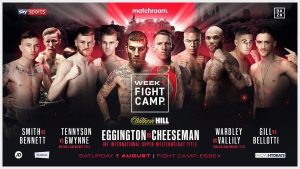