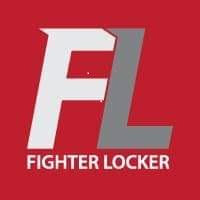 Ryan Roach’s Fighter Locker enjoyed a hot July with four members of its stable winning fights, as well as signing an Irish amateur boxer, and being represented by three at the Olympic Games in Tokyo, Japan.

Back on July 10th in Miami, undefeated featherweight prospect Daniel “G.D.F.E.” Bailey (7-0, 4 KOs) took a 4-round unanimous decision from Mike Fowler. Bailey is scheduled to fight in his first scheduled 6-round bout August 28th against Donte Dunnaville (3-0, 2 KOs) on a Hall of Famer Christy Martin-promoted show in Myrtle Beach, South Carolina. Miami-native Bailey is training in Tampa.

Fighter Locker had three representatives in this year’s Olympics. Colombian flyweight Yuberjan “El Tremendo” Martinez, who captured a silver medal at the 2018 Olympics in Brazil as a light flyweight, reached the field of 8 before being eliminated.

Two-time Olympian is Dominican Republic lightweight Leonel de los Santos, who is 3-0 (3 KOs) as a pro fighting in the welterweight division, and Colombian middleweight Jorge Vivas were eliminated in the field of 32.

“It has been a busy summer for my fighters,” Fighter Locker president Ryan Roach remarked. “I have been fortunate enough to keep them rolling. I am very impressed with all of their performances. Shawn McCalman was very impressive against Alexander. He is a very tough boxer. I had matchmakers and promoters calling me the next day saying your guy beat Alexander, which means he can fight. Daniel Bailey was also impressive in his homecoming. He boxed very well. We had a few takeaways. He really wanted the KO for his fans, but Mike Fowler hung in there. RayJay capturing the NBA title was a big win because he jumped in the rankings. He looked great delivering some vicious body shots. I am looking forward to Rocco and Robert stepping back in the ring August 21st at Gulfstream Park & Casino in Florida.

“On the Olympic side, we didn’t bring home any medals, but we were close with Yuberjen. I think boxing politics got in the way of Leonel and Jorge, but that is part of the game. I am proud of my guys, and they are looking forward to turning to the professional ranks. They will be going home to rest for a few weeks, and we will get to work planning out their future.”

Ryan Roach’s Fighter Locker managerial company will have three representatives competing in Tokyo this summer in the Summer Olympic Games.

Colombian light flyweight Yuberjan “El Tremendo” Martinez, who captured a silver medal at the 2018 Olympics in Brazil, is currently rated fourth in the world by AIBA. His main opposition figures to be Artur Hovhannisyan (Armenia), Oscar Collazo (Puerto Rico) and Nodirjon Mirzakhmedov (Uzbekistan).