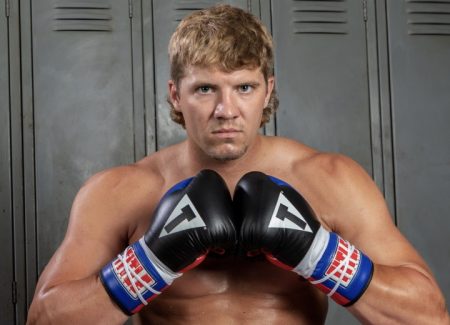 Triller Fight Club and Ares Entertainment have announced plans for “Lineage of Greatness II,” an outstanding evening of professional boxing on Saturday, October 22 at Memorial Hall in Kansas City, KS and broadcast live globally on FITE.

Special guest commentators on the broadcast will be “The Voice of Combat Sports,” Sean Wheelock and Amir Tyson, the son of one of the greatest heavyweight champions of all time.

Advance tickets for “Lineage of Greatness II” start at $35 and are now on sale through EventBrite. Memorial Hall is located at 600 North Seventh Street, Kansas City, KS 66101. Doors will open on the night of the event at 7:00 p.m.

Son of the former heavyweight world champion Tommy Morrison, Kenzie Morrison, holder of the WBC-USNBC heavyweight title, has carved an exceptionally successful career of his own. Known for his tremendous knockout power, Morrison has stunned boxing crowds with seven consecutive stoppages, six in the first round. Most recently, Morrison dominated and stopped the now infamous Hasim Rahman Jr. in the fifth round on April 29, 2022, in Las Vegas, NV.

Son of Mexican boxing icon Jose Luis Castillo, the hard-punching Luis Castillo Jr. has displayed his father’s heavy hands and warrior spirit since turning professional in 2013. The former professional soccer player with Buhos Unision F.C. in Hermosillo, Sonora, Mexico has knocked out his last eight opponents. He will be making his United States debut at “Lineage of Greatness II.”

Son of legendary hall of famer Roberto “Manos de Piedra” Duran, Roberto Duran Jr., fighting out of Miami, FL, has carried his father’s skills and power into the professional ranks. With four big wins in 2021, three by knockout, Duran Jr. will look to bounce back into the win column following a hotly contested decision loss to Arturo Moreno on April 29, 2022.

Additional bouts and details on “Lineage of Greatness II” will be announced shortly.

For more information, visit TrillerFightClub.com or text “LOG” to 75303.