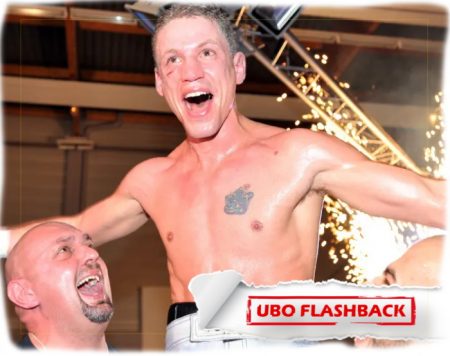 Next December it will be ten years since what was arguably the biggest night of Frenchman Loic Foure´s professional boxing career.

There has always been a tense, if not bitter, rivalry between the French and the Belgian in sports, and its always extra sweet when a French boxer beats a Belgian, and vice versa.

So when Foure was matched with Belgian national champion Kobe Vandekerkhove (21-14-3, 6 KOs) for the vacant Universal Boxing Organization™ (UBO) Inter-Continental Welterweight title, it was a significant event for the Saint-Maur commune in Central France.

In fact, the Salle Omnisports in Saint-Maur was reportedly packed with around 1500 spectators that night, December 15, 2012, which is highly impressive considering the entire commune had a population of approximately 3500 people at the time.

The atmosphere was intense, and the two boxers gave it everything they had for ten high-paced rounds. Both had periods of momentum, and it was clear that there would be no giving in.

In the end, Foure was declared the winner by scores of 96-95, 96-94 and 97-93, a unanimous but extremely close verdict underlining that this was a fight that could have gone either way.

Foure was ecstatic, having added the UBO Inter-Continental title to his resume, and he was loudly celebrated by the fans.

Vandekerkhove accepted the defeat, but expressed his desire for a rematch. Unfortunately it never happened, since this turned out to be Foure´s last fight as he was forced to retire due to an eye-injury shortly after.

In a 20-7-3 (4) career, he also won the World Boxing Federation (WBF) International title, which he retained in the fight with Vandekerkhove.