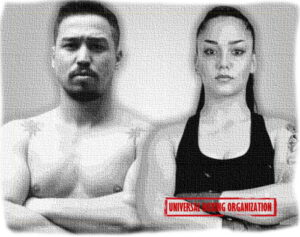 In Tirana, Albania, the two up-and-comers from Istanbul will take on opponents to be confirmed for vacant UBO European titles at Light Heavyweight and Super Welterweight respectively.

Kubilay Alcu (26) turned professional in November of last year, and has since put together four straight knockout victories, earning himself the demanding nickname “Mini Tyson”.

He has yet to go past two rounds, so it remains to be seen how he will cope with the championship distance if he doesn’t manage to dispatch of his opponent in the early rounds.

Still only seventeen, Dilara “She Wolf” Yucel is by some considered one of the most promising female Super Welterweights in the world.

A pro since last October, she is already 6-0 (5) and has her sights set on winning a world title as soon as possible.