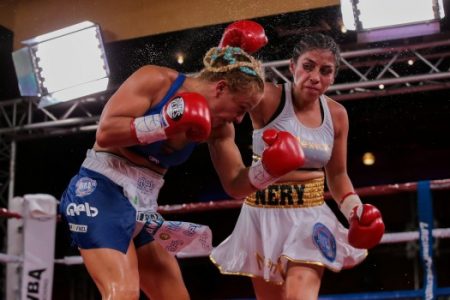 The Majestic Casino, in Panama, wore women’s perfume on Friday night, being the scenario of intense professional fights, all female, in the first evening of the 37th edition of the KO Drugs and in which the Mexican Jessica Nery became the new WBA Women’s Bantamweight world champion by dethroning the Argentinian Yésica Bopp.

Nery had been out of action for a year and a half, but she was brave and tough to break the 23 title defenses of the now former champion. She fought toe to toe and at the end she was able to pull out a very important victory for her career.

Clara Lescurat, from Argentina, won the WBA super flyweight gold belt after ten rounds against the local Nataly Delgado after another split decision. Since this was an elimination bout, Lescurat will soon be waiting to go for the world title.

The night also had three complementary fights, one of them in the lightweight category with Maryan Salazar from Mexico defeating Veronica Zuluaga by points in a duel of a great exchange. Earlier, the experienced Panamanian Chantall Martinez returned to the ring defeating the Colombian Monica Henao. And finally, also from Colombia, Paulina Angel, drew in four rounds with Mexico’s Itzel Reyes Grijalva.

The World Boxing Association is very proud of these great women warriors of the ring, as well as every woman worldwide, in the International Women’s Month and thanks them for their participation in this new edition of the historic KO Drugs Festival.