Five of the Best Rivalries Between Mexican Fighters 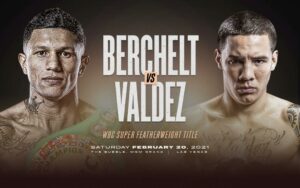 On February 20 we will witness a long-awaited fight between the super featherweight champion of the World Boxing Council, Miguel “Alacrán” Berchelt and the former undefeated world champion, Oscar Valdez.

Barrera vs. Morales
Marco Antonio Barrera and Erik Morales starred in three fantastic fights where they showed their quality. The two boxers never disappointed the public, two victories went to Barrera and one to Morales.

Vazquez vs. Marquez
Israel Vazquez and Rafael Marquez fought 4 times, achieving 2 wins each. Both offered real wars from the first bell ring, and showed the world that the only thing that mattered to them was to achieve victory.

Olivares vs Castillo
In the 70s, the rivalry between Rubén “Púas” Olivares and Jesús Castillo arose, who lived a trilogy. In all the bouts both showed their great heart. Castillo won 2 bouts while Olivares 1.

The fight between Carlos Zarate and Alfonso Zamora was called “The Battle of the Z”. The combat was fantastic, where both champions went into the ring to show who was the best bantamweight of this time. The winner was Carlos by technical knockout.

Estrada vs Cuadras
Juan Francisco Estrada and Carlos Cuadras gave us two great bouts of alternate dominance, where Estrada won the victory in both. However, Cuadras sold the defeat dearly and showed great heart. 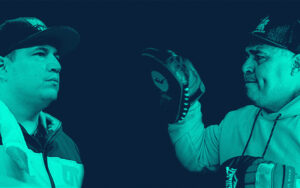 Power and strength, but also cunning and guile, tempered by the ingenious guidance of two men who work, correct and polish their skills, furnishing burnishing.

Alfredo Caballero, coach of Miguel Berchelt, considered one of the best current coaches. He has been training and developing fighters who doorstep his gym, for more than 20 years. Today, Alfredo has three WBC world champions, Miguel Berchelt, Juan Francisco Estrada and Yamileth Mercado, in addition to instructing more than 50 children and young people between 9 and 16 years of age.

For Alfredo, the secret of his success is based upon the fact that he works with fighters from a young age. He lives and breathes boxing thanks to the inspiration and influence of his father. In so doing he fulfilled his childhood dream, to become a coach creating world champions, following the trail blazing example of  the legendary Arturo “Cuyo” Hernández.

Today, Alfredo is pitting his wits against Eddy Reynoso, another star coach. This motivates and emboldens him to be even more innovative and diligent, as he knows that Eddy will leave no stone unturned during the preparation of Oscar Valdez.

Guiding Oscar Valdez, we have Eddy Reynoso and alongside, his father, Chepo Reynoso, together they have brilliantly and astutely blossomed the career of  Saúl “Canelo” Alvarez.

In his own right, Eddy has become a champions maker. The first was  Oscar “Chololo” Larios.

His passion for boxing and the sheer dedication he inputs, distinguishes him as one the finest trainers. Today his master plan also involves: Oscar Valdés, Ryan García, Luis Nery, among other great fighters.

For Eddy to reach his exceptional rank as a coach has been difficult, as in the beginning nobody believed in him. However, his work is speaking for him. His  name is now known and renown throughout the world and he clearly states that the crowning Valdez by beating Berchelt will be one of the greatest satisfactions of his career.

Berchelt vs. Valdez will not only be a fight between two outstanding Mexican warriors, but also a war planned an overseen by master strategists, to be executed  subtlety and boldly.