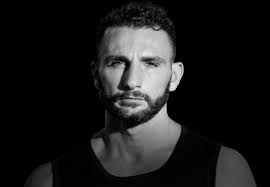 Noel Mikaelian will headline the LNK Boxing event in Latvia on Saturday February 12.

Mikaelian, a former WBO international cruiserweight champion, will be performing for the first time since joining Probellum’s ranks last month.

“I’m very much looking forward to returning to the ring and competing against Youri Kayembre Kalenga, who is an experienced fighter,” said Mikaelian.

“After signing for Probellum in December, my immediate focus turned towards ensuring I’m in the best possible shape for my next bout, and that will certainly be the case.

“After a long time out of the ring, I’m eager to remind the boxing world of my capabilities and I will be ready for the fight next month.”

“Over the course of his career, Noel has proven his quality on numerous occasions. He is a top-level fighter who is guaranteed to excite those fans in attendance.

“Signing Noel for Probellum was a big moment and we can now look forward to watching him in action at what promises to be a fantastic event.”

The IBA Intercontinental title will also be up for grabs when Latvia’s Ralfs Vilcans (12-0, 5 knockouts) faces Germany’s Timo Rost (12-1, 4 knockouts) in front of a home crowd.

Among the other bouts already confirmed for the event, two more Latvian’s will be in action, with Francis Rozentals (7-0, 2 knockouts) and Milans Volkovs (6-2, 5 knockouts) taking on Russia’s Mikhail Kozletinov (2-2, 1 knockout) and Spain’s Alberto Tapia (2-3, 1 knockout) respectively.

LNK Boxing is one of the many companies Probellum has secured co-promotional agreements with since launching in September, along with the likes of Wasserman Boxing, Universum in Germany, Groupe Yvon Michel in Canada, Maravillabox Promotions in Spain, Kynoch Boxing in Scotland, Mitchell Sports Promotions in England, Titov Boxing in Russia, Glozier Boxing in New Zealand, Cuadrilatero Boxing in Colombia, PR Best Boxing in Puerto Rico, BXSTRS Promotions in Mexico, Shuan Boxing Promotions in the Dominican Republic, Bufalo Boxing in Nicaragua, Team Ellis Boxing in Australia, Moron Boxing in Venezuela, Volcano Boxing in El Salvador, Armin Tan Promotions in Indonesia, and Box Office Sports in Ghana. 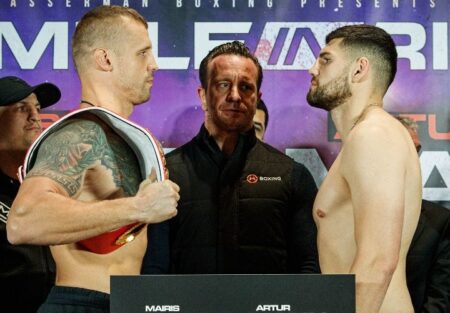 Mairis Briedis (27-1, 19 KOs) and Artur Mann (17-1, 9 KOs) both made weight today ahead of their IBF and Ring Magazine World Cruiserweight Title showdown tomorrow night at the Arena Riga in Latvia.

Briedis returns to his hometown arena for the first time in over two years to defend the belts he claimed when defeating Yuniel Dorticos in the final of the World Boxing Super Series Cruiserweight tournament in September 2020.

The 36-year-old will face a tough test against German challenger Mann, the IBF #6 and former WBO International Champion, who will be looking to dethrone the Latvian boxing king and take his place at the top of the 200lbs division.

Mairis Briedis defends his IBF and Ring Magazine World Cruiserweight Titles against Artur Mann on October 16 at the Arena Riga in Latvia. Tickets are on sale now and available to purchase via https://www.bilesuserviss.lv.