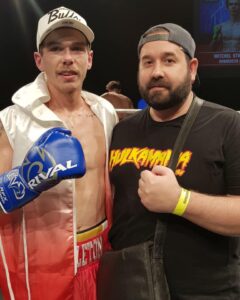 Australian prodigy “The Dynamite Kid” Mitchel Stapleton has not stopped training during the global pandemic and is eager to add to his perfect professional record two wins undefeated with two 1st round devastating Knock-Outs.

The Nambucca Heads native , has been patiently waiting for his comeback fight which has been 18 months in the making with many fights falling through. Stepleton was originally set to return as a featured contest on a Tim Tszyu bill early this year but opponent Ricky Collisimo declined the challenge after initially agreeing.

Stapleton is now set to return  on the 14th of August in Nambucca Heads New South Wales in the headline fight.

“The Dynamite Kid” spoke up recently about his time away from the ring and his upcoming fight.

“It feels really good to have my next fight date set, and even better its in my home town.  I will admit it has been frustrating to not been fighting, I’m ready for anyone, anywhere, anytime.

August 14 I’m looking to showcase all the hard work I have put in the past 18 months and show Australia and soon the World that the Dynamite Kid can bang with the best.

I know one day I will be World Champion, and my time will come, but as the old saying goes, I have to clean out my backyard first.

I respectfully would love to get into a position to Challenge ANBF Australian champion Andrew Hunt.

I know my manager, The Big Boss Man, Tony Tolj, will get me the opportunities. He’s the best in the world, look at what he and the Moloney twins have accomplished.

Andrew and Jason are my boxing idols, and to be guided by the same team is an absolute honor, and I’m reading to show the world The Dynamite Kid is ready to Bang!”

“Mitchel is a class act, I know how frustrated he must be, as I have had so many opportunities which resulted in opponents requiring new underwear after initially agreeing to the fight and for whatever reason the fights haven’t eventuated. The Prime focus is to get “The Dynamite Kid” in the ring and getting the rounds in.

Mitchell is a great kid, undefeated with 2 fights for 2 1st round KOs, 5x time National Champion. He’s only 22, but I know the dedication he puts into boxing and his time will come”.

I’m very pumped to see him return in the ring, and his future will just go BANG!,” Tolj stated. 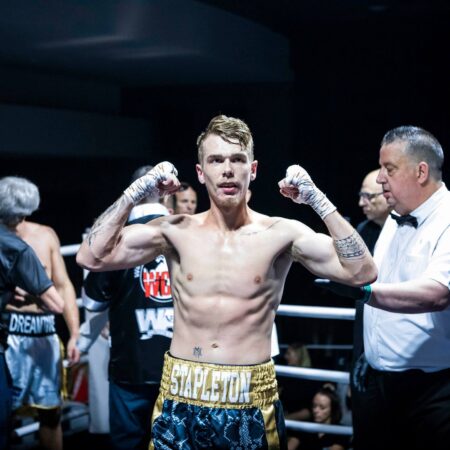 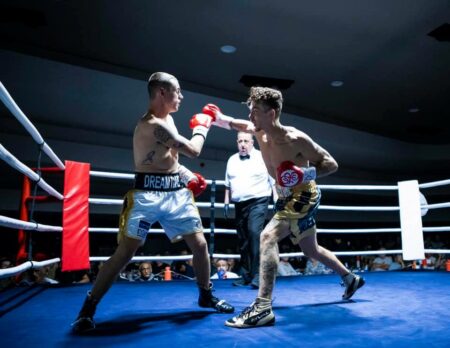 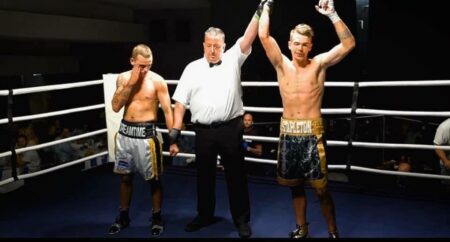 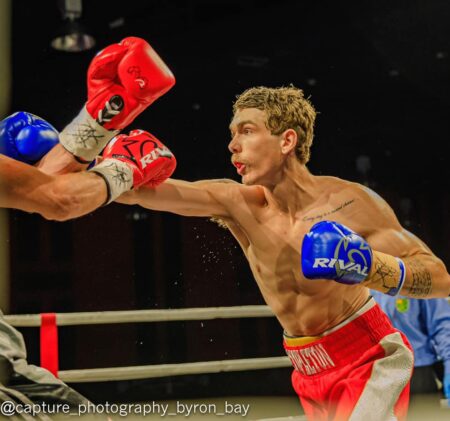