On This Day: “Rinty” Monaghan Was Crowned World Champion 1949 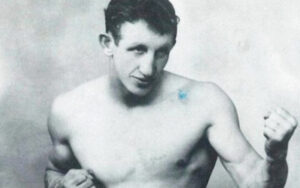 John Joseph Monaghan, known as “Rinty” Monaghan, who had returned to his land as a hero of World War II, was double crowned, fly world champion and European champion of the same division, by defeating Belgian Maurice by unanimous decision. Sandeyron in battle that they starred in the ring of Kings Hall in Belfast, Northern Ireland, where the winner was originally from. He acted as third man in the ring CB Thomas.