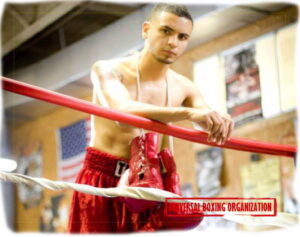 Josue “Zurdo” Morales is ready to take the next step in his career, when he faces former WBC and WBA World Champion Juan Palacios from Nicaragua on August 6 at Club Nuestra Raza in Houston, Texas.

At stake will be the vacant Universal Boxing Organization™ (UBO) Latino Super Bantamweight title, along with the American Boxing Federation (ABF) USA title.

Morales, from Houston, has faced very tough opposition, often on short notice and in his opponents back-yard, since turning pro in 2013.

This shows on his spotted, but very deceiving, 14-12-4 (2) record, but the 28-year-old southpaw has found momentum and won his last three.

Coming off a string of defeats against top class foes, the man from Managua sees this as a major opportunity to get his career back on track with hopes of landing an even bigger fight in the future.

The fight will be promoted by Leland D. Promotions, in association with 4×4 Promotions.