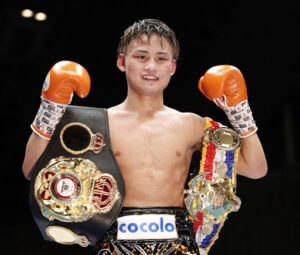 The World Boxing Association (WBA) Championships Committee gave a 10-day extension as of August 18 for the negotiations of the bouts of Hiroto Kyoguchi vs. Esteban Bermudez and David Morrell vs. John Ryder.

In the case of the Japanese super flyweight super champion Kyoguchi and the champion and mandatory challenger, Mexican Bermudez, the negotiations for their fight were ordered last June 10, so the deadline expired last July 11; however, the WBA has not received any notification of an agreement. With the 10-day period granted, they should reach an agreement before August 28.

Initially, Kyoguchi’s team had said they were negotiating a unification fight against WBO champion Elwin Soto, for which the WBA had granted special permit, but they were unable to reach an agreement for that bout. For that reason, the WBA asked the Kyoguchi and Bermudez teams to resume negotiations for the mandatory fight.

WBA rule C.13, bout limitations, states that the champion cannot fight an opponent who is not the official challenger within 60 days after the expiration of his mandatory defense period.

If the agreements for both fights are not received before the date indicated, both fights will be called for purse bid under the conditions established in the WBA rules. 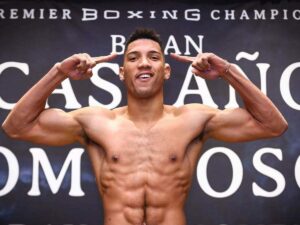 Both teams received the corresponding communication stating the beginning of the negotiation period.

According to Championships rule C.11, a champion must defend the title against the official challenger every nine months from the date he won the belt. On the other hand, WBA rule C.13, in the Fighting Limitations section, states that the champion cannot fight a boxer other than the official challenger within 60 days after the expiration of his mandatory defense period.

For this reason, the committee gave a 30-day period for negotiations starting this July 8th, which will end on August 7th. If the parties do not reach an agreement within that period or any of the teams refuse to sign the fight, the WBA will call for purse bids.