Moseley’s On The Charles 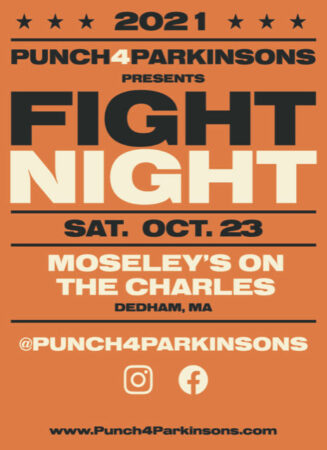 Albany lightweight RayJay “The Destroyer” Bermudez lived up to his nickname in the main event last night on the “Fight Night on the Charles at Moseley’s II” card, presented by Vertex Promotions, at Moseley’s On The Charles in Dedham, Massachusetts.

“Fight Night on the Charles at Moseley III” will be held this evening (Saturday) at the same venue, headlined by an 8-round super lightweight bout between undefeated Adrian “Tonka” Sosa (11-0, 9 KOs) and Danny “Venado” Flores.

The reigning NBA Continental Junior welterweight and ABF American West super lightweight champion, Bermudez outclassed his Ugandan opponent, Philip “The Hunter” Adyaka (7-16, 4 KOs), in fact, destroying him in a one-sided fight that only lasted until midway through the second round. In the final round, Bermudez badly hurt Adayaka with a powerful right hand and Adayaka never recovered. He was getting pounded when the referee waved off the fight.

“I felt sharp and strong in the ring tonight,” Bermudez said after the fight. “I was strong from a good training camp. I knew he was nervous when the fight started. I knew going into this fight and it would only go one or two rounds. I just want to keep fighting and work hard to get to the top.”

In the co-featured event, celebrated New England amateur boxer Francis “Frank The Tank” Hogan (8-0, 8 KOs) kept his perfect pro record intact on his 21st birthday, abusing Rakim Johnson (6-14-1, 5 KOs) from the start until the eventual finish in round three. Hogan dropped Johnson with a right hook in round two and again moments later, which was not ruled a knockdown because of a low blow. A tall, lanky southpaw from Weymouth (MA), Hogan came out in the third to close the show, throwing explosive punches that decked Johnson three more times in the third, until the referee mercifully ended the fight.

“For me, personally, there was no better way to celebrate my 21st birthday than this,” Hogan talked about winning in such impressive fashion on his birthday. I live to do this in the ring. I wanted everybody there for me to celebrate. The key tonight was relaxation. I started out that way and got things going right up to the end. I want to close out the year fighting. And when that call comes for a world title fight, It’ll be Tank time!”

New Hampshire cruiserweight champion Larry “Hit Man” Pryor (15-24, 9 KOs), fighting out of Maryland, overcame a second-round knockdown and trailed, 20-17, on all three judges’ scorecards, until he cracked an unsuspecting Bryant , a 2-time New England amateur champion, with a left hook thrown from downtown that landed right on the button for a shocking third-round knockout.

New Bedford (MA) middleweight Drew “Tomahawk” Dwelly (3-0-2, 3 KOs) ripped a left hook to David Rohn’s (0-9-1) body, dropping the Illinois fighter midway through the opening round. Rohn beat the count, however, he didn’t respond to the referee’s instructions and the fight was halted.