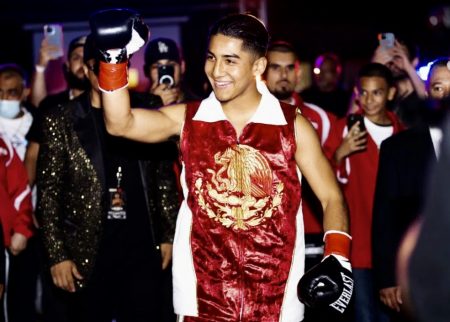 MarvNation Promotions is delighted to announce that world title challenger Adelaida Ruiz and rising prospects Angel and Nathan Rodriguez have extended their promotional agreements with the company. All three boxers will return on upcoming cards in the very near future.

“It feels amazing to be extending these agreements with our fighters,” said Marvin Rodriguez, Founder and CEO of MarvNation Promotions. “I want to thank each of them for their trust, their loyalty and the hard work that they put in. Adelaida Ruiz will be fighting for a world title soon in September, while Angel and Nathan will continue working hard to achieve that goal as well. This is the beginning of a new era for MarvNation, and we are here to stay.”

Adelaida Ruiz (11-0-1, 6 KOs) is a native of Los Angeles who debuted as a professional in 2017. Since then, she has remained undefeated in 12 fights. Her only setback is a technical draw against interim world champion Sonia Osorio. After that, Ruiz bounced back with stoppage wins over Nancy Franco and Edith Flores. The 33-year-old was initially slated to face Osorio in a rematch on July 29, but the fight was postponed after Osorio tested positive for COVID. Details for the new date will be announced shortly.

“I’m excited to be signing this extension,” said Adelaida Ruiz. “I like working with MarvNation Promotions. I’ve been given great opportunities with them, and I see more coming. As we’ve grown together within the sport, they have been able to fulfill my dream of fighting for a world title, and there will be more to come.”

Angel Rodriguez (11-1, 8 KOs) is a Mexican-American prospect from Pico Rivera, California. The 22-year-old made his pro debut in December 2018 and has developed an international resume by fighting in Mexico, Costa Rica and in his native country. Rodriguez suffered a small setback in January against Jose Marrufo in his first bid for a regional title, but he bounced back with a thunderous knockout win over Gabriel Gutierrez this past Saturday.

“It feels great signing with the best promotional company in boxing,” said Angel Rodriguez. “They are doing a lot of great things and are giving a lot of fighters an opportunity in this sport. You’ve got to respect that. By the end of this contract, I see myself becoming a world champion and fighting the best out there.”

Nathan Rodriguez (8-0, 7 KOs) is a 17-year-old prodigy who made his professional debut at only 16 years of age back in January of 2021. Since then, he has fought several times in Costa Rica and in Mexico. The 122-pound prospect, who turns 18 next month, will fight stateside for the first time on Aug. 27 at Smith Park in Pico Rivera, California on the next MarvNation Promotions card.

“I want to thank MarvNation for the opportunity,” said Nathan Rodriguez. “I’m excited for what we have planned in the future. I did all my fights outside of the country because I’m not 18 yet, but I’ll finally be making my U.S. debut on August 27 and I’m looking forward to taking my career to the next level.” 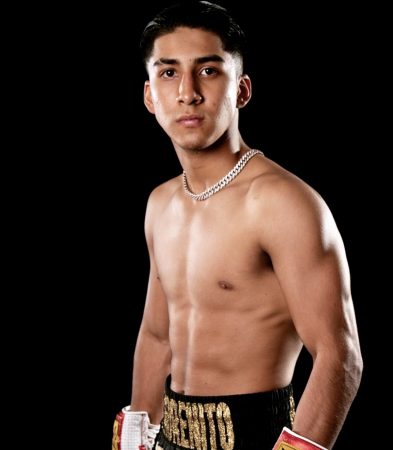 Though super bantamweight prospect Nathan Rodriguez has developed an undefeated record of seven wins with six knockouts, all of those victories have been on international territory.

That all changes on Saturday, August 27 when he makes his United States debut in the main event of a MarvNation Promotions card that will be hosted by the City of Pico Rivera. The fight, which will headline a full card of action, will be streamed live on MarvNation’s Official YouTube Channel.

Details regarding the venue will be announced shortly.

Rodriguez, who turns 18 in August, made his professional debut at only 16 years of age back in January of 2021. Since then, he has fought a five times in Costa Rica and two times in Mexico. The 122-pound prodigy is ready to show his hometown fans the progress he’s made since taking the leap into the professional ranks.

“It’s a blessing and an opportunity that I have been waiting for,” said Nathan Rodriguez. “It’s a dream come true to be able to fight in my hometown in front of my family and friends. I have been spent my whole career preparing for this moment. I’ve been fighting in Costa Rica and Mexico because I’m only 17. I hadn’t been able to fight in the United States. But I turn 18 August, so I’ll be ready to put on a great show.”

“There are a lot of people who have been looking forward to this because they have been following Nathan since he started his career,” said Marvin Rodriguez, CEO and Founder of MarvNation Promotions. “They know how talented he is and how much potential he has. I’m also delighted to have the City of Pico Rivera involved in presenting the event. It’s an honor for them to show so much support to Nathan, and we plan on making sure that we do not disappoint on August 27.”