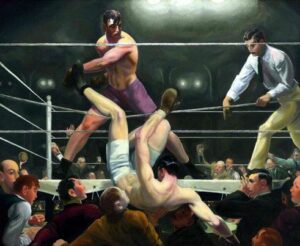 The conception of a world organization as it is known today was the product of a long process and the World Boxing Association (WBA) was its main architect around the mid-20th century.

When it was born under the name of National Boxing Association (NBA), in 1921, the pioneer organization was mainly focused on the United States. Different fights such as Dempsey-Carpentier or Dempsey-Firpo, helped to reinforce the passion for boxing in North America in the 1920s.

The popularity of boxing brought several important events such as the first radio broadcast, made by J. Andrew White, who narrated the fight in New Jersey between Packey O’Gatty and Frankie Burs on the same night that Jack Dempsey defeated Georges Carpentier. The Madison Square Garden was also claimed as the ideal venue for the sport thanks to the great fights staged at this New York arena.

Between the 1920s and 1940s, important figures appeared and massive events were held, but then came World War II. That terrible event ended by the end of the 1940s but brought a greater popularity for boxing, which became more active in other parts of the world.

Those changes and the rise of global figures made it necessary to change, and that is exactly what the organization did in the following years. New rules were needed, also a different approach by the authorities, and that is why a new way of governing boxing was introduced.

It was in 1962, in Puerto Rico, when the organization changed its name to World Boxing Association to emphasize its universal character and change the way boxing was viewed from that decade to this day. This work has been improved over the years and the WBA, in its 100th anniversary celebration, aims to continue improving and providing the best to the sport around the world.

The WBA’s Birth Helped to Revive Boxing in 1921 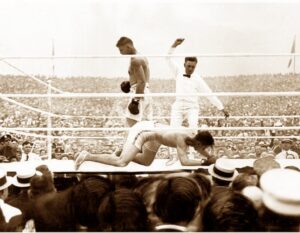 The years prior to the establishment of the pioneer organization were marked by different events that had boxing against the wall and the activity was compromised. The World War I (1914-1918) and the “Spanish Flu” were two events that slowed boxing down and prevented it from having the same activity of previous years.

In a paper by Joe Koizumi published on May 2nd, 2020, the researcher talked about how the pandemic that lasted from 1918 to 1920 affected the world of boxing. The Japanese detailed how 500 million people were infected and about 50 million died.

A description of the pandemic with regard to boxing was published in the pages of The New York Times on October 13th, 1918: “Boxing in the East is now at a standstill, because of the epidemic of Spanish influenza. Promoters in Philadelphia, Boston, and New Jersey, in compliance with requests issued by their different Health Departments, have agreed to close up shop. How long the sport will be idle remains to be seen, but it is positive that no matches of any importance will be undertaken while the epidemic continues.”

All this speaks of the situation that existed in those times prior to the birth of the WBA, but the arrival of the pioneer boxing organization was a new beginning and a way to reinvent boxing, to recognize the world championships in a positive way and to initiate a new era whose foundations remain today in the midst of the centennial year of the first body to sanction boxing.