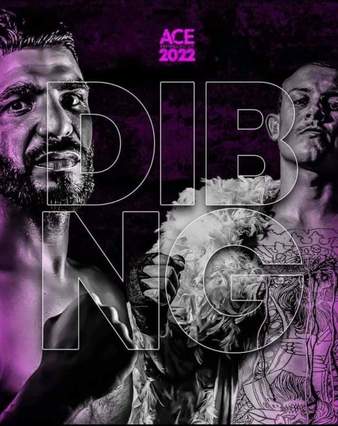 Jacob Ng is readied for the biggest step-up of his career, as he clashes with former IBF world champion Billy Dib on March 19 at the Star Casino on Australia’s Gold Coast.

Dib has been at the forefront of Australian boxing for years, holding and contesting the IBF world featherweight title on a global stage, having once been guided by legendary rapper 50 Cent amongst others.

Ng has been on the rise throughout Australian boxing, expanding his skillset onto a multinational platform, gaining global recognition by the IBF and WBO in the meantime. Ng discussed his mindset ahead of the Dib clash.

“This isn’t going to be an easy fight, and I have the utmost of respect for Billy Dib, but I know I have the tools to win this fight in an exciting fashion. I’m young, I’m hungry, I’m ready for this level of step up, and on March 19 I get to announce myself to the world as a player in the lightweight division.”

Ng holds lofty positioning in both the IBF and WBO, with the winner of this contest looking set for a crack at the world lightweight titles in the not-so-distant future. Ng opened up about a potential all Australian clash with George Kambosos Jr.

Ng stated, “I love this fight. I have all the respect in the world for Kambosos Jr’s achievements. I know my stablemates are signed with Matchroom, and Matchroom have talked about coming to Australia for shows. You’re not really going to get a better all Australian fight than myself and Kambosos Jr. So I’m not taking my eyes off Billy Dib for one minute, but this fight is even more motivation to win in style on March 19.

Billy Dib has been there and done it in professional boxing. A former IBF world featherweight champion, and even a playable character on the legendary EA Sports Fight Night series.

Despite an already illustrious career, Dib is eyeing one more run at a world title, however, standing in his way is the highly touted, world-rated Australian, Jacob Ng.

It has been revealed that the Dib and Ng will clash on March 19 at the Star Casino on Australia’s Gold Coast on an ACE Boxing promoted event.

Dib discussed his advocacy on March 19, who sits in at the top end of the world rankings with both the WBO and IBF:

The 50+ fight veteran stated, “This is a fantastic fight for Australia, and it is a massive opportunity for me to put myself right back in contention for a world title clash. I want to thank Angelo Di Carlo and ACE Boxing for giving me this opportunity.

“Despite my love for the team at ACE Boxing, I’m coming to upset their guy. Jacob is a fantastic fighter and a really talented boxer. He has a massive future, that’s undoubted, but I believe my experience will play a factor in this fight. My boxing skill and IQ will win me this fight.”

Despite insisting that he has no plans to overlook the challenge of the heavy-handed Ng, however, a potential all Australian clash with George Kambosos is one that Dib is eyeing after a victory against Ng.

The New South Wales warrior continued, further outlining his plans. “I cannot stress enough how I am not overlooking Ng. He is a dangerous puncher and an athletic fighter. So I have to be switched on 100% come March 19.

“People may think it’s a disadvantage, but I feel fighting at lightweight is a massive advantage for me. It gives me that extra breathing space I’ve been needing for a few years to get 12 quality rounds out of myself and that’s what I’m going to need to emerge victoriously against Ng.

“If everything goes to plan on March 19, the two fights I would like is Tevin Farmer. I really want to avenge that loss. If that can’t happen and the stars align, a Billy Dib vs George Kambosos event in Australia would be massive. If it was for the world title and George was victorious against Teofimo Lopez it would be massive, so those possibilities make me even more motivated to get the win against Jacob Ng on March 19.”