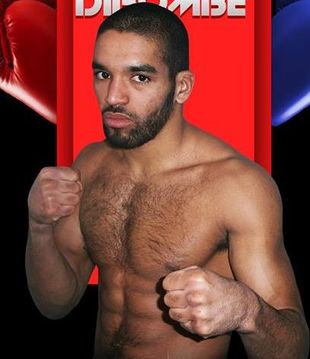 After conquering the European ranks and the French boxing scene in two different weight classes, Pierre Hubert Dibombe is ready to go global.

The light heavyweight contender has signed an agreement with top Canadian promotion outlet Lee Baxter Promotions, and is expected to make his debut under the banner on March 13 on an event broadcast by FightZone.

Dibombe (20-0-1, 10 KOs) won the French super middleweight title in 2016 and followed it up with a move up in weight to 175, where he won national gold in 2017. He would vacate the title, which would next be won by current light heavyweight contender and Olympic medalist Mathieu Bauderlique. In 2019, he won the EBU European Union light heavyweight title with a victory over then-champion Serhiy Demchenko. The 30-year old now has his sights set on a world ranking of his own, and the opportunity to test himself against international opposition.

“I’m very happy to be signing with Lee Baxter Promotions and to start working with Lee right away. Working with Lee will make a big impact on my career as I step up my level of opposition and go after world class fighters,” said Dibombe.

Dibombe now makes his “fighting home” in a country that has arguably ruled the light heavyweight division over the last ten years. Artur Beterbiev, Jean Pascal, Eleider Alvarez all call Canada home, and all have won light heavyweight gold. Baxter believes that he might have struck the next reserve of gold.

“We believe that Pierre can be ready for a title fight in the next year. Realistically, he’s been ready for a step up for probably three years, but was never given that opportunity. We’ll be able to give him those chances and be able to put him on the big stage when the time is right,” said Baxter.

The native of Nantes, Loire-Atlantique, France has been a fighter his entire life. Prior to transitioning to boxing, Dibombe was a national champion taekwondo practitioner. He made the switch to amateur boxing where he was 53-10 prior to turning pro in 2014.

He was last in action this past October, scoring a fourth-round stoppage over Czech journeyman Michal Ryba in his hometown of Nantes, a bout that was expected to be an EBU-European Union title defense after matchups with Francis Perrot and Patrick Bois both fell through at the last minute.

Baxter looks to provide both stability and visibility to the rising contender’s career.

“Canada is a bilingual country, so to have a fighter who speaks French and English, that’s someone that isn’t just a potential regional attraction, that’s a fighter who could connect with fans coast to coast,” said Baxter. “Pierre can become a household name here in Canada just like the great French-speaking light heavyweights who came before him. This country cares about this division, and he’s going to be a factor in it very soon.”