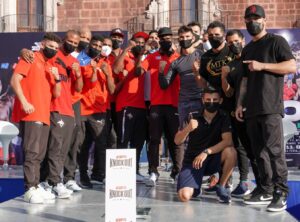 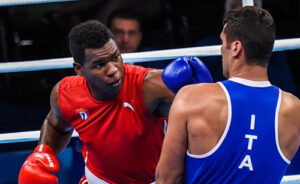 Aguascalientes, Mexico will host the historic moment in which the Cuban Olympic Team will fight for the first time against professional boxers under professional boxing rules on Friday, June 11th. The World Boxing Association (WBA) is looking forward to this event, because it reaffirms its flagship campaign “Boxing is One” that seeks to unite the sport in all its areas.

Alberto Puig, President of the Cuban Boxing Federation, and Gerardo Saldivar, CEO of Golden Ring promotions company are hosting the event and have high expectations for it, which will feature 8 fights.

“I would say that this is a totally historic event, it has never happened in history that an Olympic team faces an all-professional team. Professionals can already participate in all multidisciplinary events, even in the AIBA World and Pan American Championships the doors are totally open to them, but as far as I know, an Olympic team has never fought against a professional team as we will see on the 11th,” said Puig.

The organizers of the event, at the moment, don’t want to think about the future. Their focus is on making sure that everything goes well on June 11th. “I hope it will be a good event, that we will see good boxing. The quality of the Cuban boxers is indisputable, but now they are going to be on the professional side. They are going to enter the professional field and, well, quality boxing is expected. May the best win,” said Saldívar.

The 8 bouts will take place at the Palenque Coliseum during the “Feria Nacional de San Marcos” in Aguascalientes, and will begin at 8:30 p.m. Mexico time and will be broadcast throughout Latin America by EspnKnockout. The card is as follows: