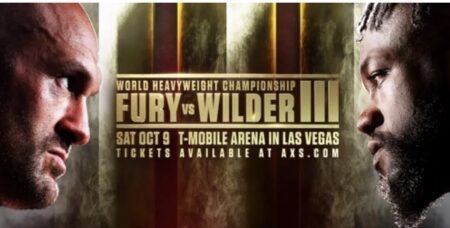 The coverage starts at 1am UK time on Sunday 10 October for the undercards and the main event ring walks are expected between 4am and 5am on Sunday morning.

talkSPORT’s coverage includes two special shows live from Las Vegas for all the build up where we will be hearing from the fighters and the latest from both camps. The first is at 7pm on Thursday October 7 and the second on Friday 8 October in a Sports Bar special from 10pm. There will also be a Fight Night podcast every day in the build up to the fight and a pre-fight party show including Actor Jake Wood, former bantamweight Commonwealth Games Silver medalist, Spencer Oliver and friends from the world of boxing and showbiz.

Tune into talkSPORT’s coverage via DAB, online, by smart speaker, via the app or on 1089 or 1053 AM. Coverage starts at 1am on Sunday morning on talkSPORT.