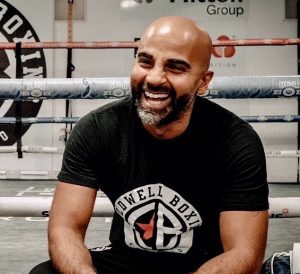 Ahead of Saturday’s big fight against Alexander Povetkin at Fight Camp week 4 (Matchroom Boxing), Dillian Whyte has added Dave Coldwell to his team.

Saturday’s showdown with Povetkin, shown live on Sky Sports Box Office in the UK and DAZN in the US, with Katie Taylor-Delfine Persoon 2 on the same bill. Trainer Xavier Miller has overseen Whyte’s preparations, Whyte has confirmed that Coldwell will also be joining the team.

“Dave is someone I’ve known a long time,” Whyte told Sky Sports. “He’s experienced with Heavyweights, was in David Haye’s corner back in the day, and has trained Tony Bellew. He knows how to handle a big guy like Povetkin.

“Dave can offer secondary advice, or perhaps see something that I have missed.”

“It’s just to be a second pair of eyes, if needed,” Coldwell told Sky Sports. “I’m there to just help his coach and keep things running smoothly, and if I spot something, then I’ll give my opinion to him, and he’ll take it on from there.

“First and foremost, I’m a boxing fan, so I’m a fan of Dillian Whyte. I’ve always got on with him. Around the shows for years, we’ve always had a bit of a laugh.

“It’s great to be involved in another massive night and I love working on these huge events. I’m quite experienced at that sort of stuff and it’s exciting.”

Historically, teams with late additions to the corner on occasion has caused conflict with the advice not coming from one person, the corner of Chris Eubank Jr. early days is one good example of this. If this does not become an issue, the addition of Coldwell can only help with his obvious experience but late changes to game plan and the ‘sole voice of the corner’ changing can hinder. I hope it is the former.