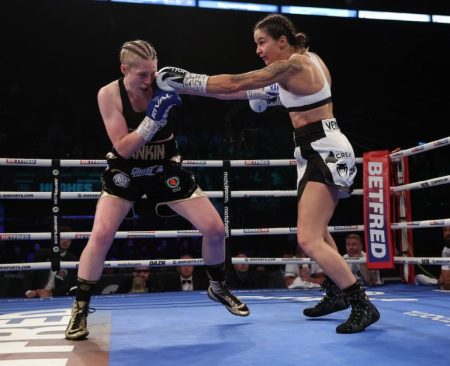 From the start, Harper out punched, out sped and out maneuvered the naturally bigger Rankin, dominating the ring from the first bell. Despite being in a division three weight categories up from when she was world champion, she made true on her promises and would not be denied.

Both boxers fought in the center of the ring where Harper dominated the attacks, hurting the now former champion’s left cheek with a cut on the eyebrow caused by an accidental clash of heads..