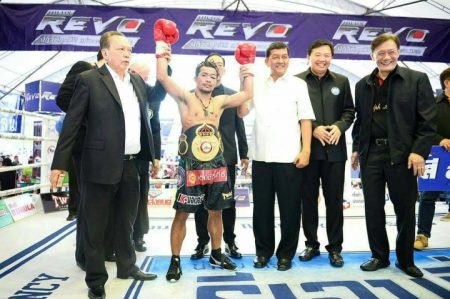 World Boxing Association (WBA) Minimum Super Champion Thammanoon Niyomtrong scored a technical knockout over Robert Paradero at the fifth round and continues his long reign at 105 pounds after another great performance in Phuket, Thailand.

The home fighter has been WBA champion since 2014, first as interim until he moved up in 2016 and subsequently became super champion in 2020.

On Tuesday, he knocked out Paradero with a right hand that impacted the Filipino’s face during a fifth round exchange. Although the challenger tried to get back to his feet, he fell again three times and in poor condition and the referee stopped the fight.

However, Niyomtrong did not have an easy fight as Paradero came out with an aggressive style and even caused a cut on the champion’s eyebrow in the first round. “Knockout Freshmart” had to deal with the injury and with a dizzying offensive from his opponent but little by little he found himself until he was in dominance and achieved the knockout.

Niyomtrong has now won 22 victories and 8 knockouts along the way. For his part, Paradero has 18 wins, 2 setbacks and 12 knockouts.

Lenny Evans back in the ring after a 3.5 year hiatus this Sunday Gilberto Ramirez faces Yunieski Gonzalez in San Antonio this Saturday