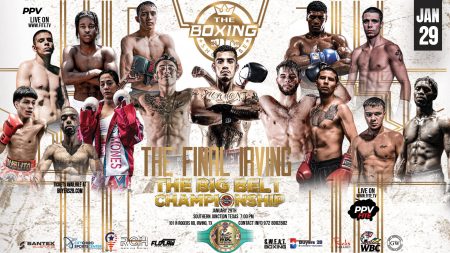 Due to the exceptional demand from fans who want to savour the final bouts for the “Big Belt Championship”, the promoter The Boxing Showcase has decided to move the event from December 17th and conduct the finals at the beginning of the coming year, with a great undercard to proclaim the first champions of the tournament of the contest.

On January 29th , the first final of the “Big Belt Championship” will be held at the Southern Junction facilities in Irving, Texas:

The undercard will be the following: 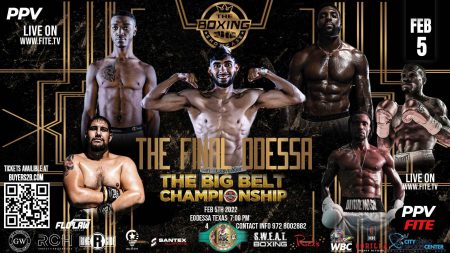 A week later, on February 5, in Odessa, Texas, the grand final of the following divisions will take place:

There will also be an interesting support with young talents who will be announced in the coming days.

Tickets for both finals are on sale now at www.buyers2b.com and on The Boxing Showcase’s official website.

Both events will be broadcast on PPV for the United States.