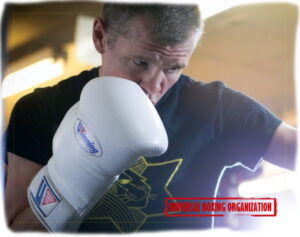 Foreman was born in former Soviet Union country Belarus, and started boxing at seven years old. At nine he immigrated to Israel with his family, and won the national amateur championships of his new country three times.

In 1999, still only a teenager, he moved to Brooklyn, New York, where he continued to pursue his ambitions of turning professional while working in the garment district in Manhattan.

Training at the legendary Gleason´s Gym, he won the 2000 Golden Gloves, and eventually accomplished his goal of becoming a professional when he made his paid debut in January of 2002 after a 75-5 amateur career.

Over the next four years he compiled an unblemished 19-0 record, fighting on various promoters shows and defeating decent opposition.

Foreman was then signed up by one of the most influential promotional companies in the world, Top Rank, which is when things really took off for him.

Its been stop-start for the last ten years, but, an ordained Rabbi since 2014, Foreman is a man of faith, and he believes that if he defeats Williams and wins the UBO title, he is back on track to becoming world champion again.