The WBA Mourns the Passing of Leon Spinks 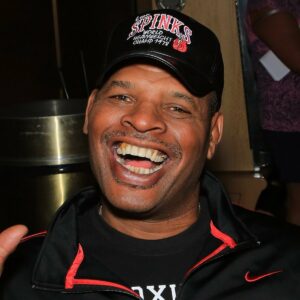 The World Boxing Association (WBA) mourns the passing of former Heavyweight Champion and sports legend Leon Spinks, who was 67 years old and had been suffering from various problems triggered by prostate cancer.

Spinks will always be remembered for his characteristic smile and for having been one of the few rivals who could defeat Muhammad Ali during his career in that great fight in 1978.

Spinks was born in 1953 in St. Louis, United States, and was a great fighter since he was in the amateur field. His great moment was in Montreal 1976, when he won the gold medal in the 81-kilogram category by defeating Cuban Sixto Soria in the finals.

Notably, Spinks was just making his eighth professional fight when he faced Ali in 1978 and got a huge split decision to win the WBA and WBC Heavyweight titles in a historic fight that is much remembered around the world of boxing.

It was a historic victory that made him one of Ali’s few defeats and also one of the privileged fighters to have won Olympic medals and world boxing titles.

The great smile of world boxing has left us. The pioneer body regrets the departure of one of his historical champions and sends condolences to his family and friends. Today, the world of boxing has lost one of the greats. Rest in peace, Leon Spinks.