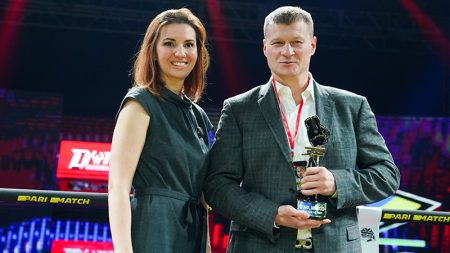 Alexander Povetkin, who concluded his professional career this year, received an award from the WBC for his outstanding achievements in professional boxing, which was announced at the WBC Annual Convention in Mexico.

Alexander`s great career was filled with wonderful victories. In 2004, Alexander (Sasha) became Olympic Games Gold medallist in Athens. During a long professional career, he won outstanding victories. In 2014 Alexander won a WBC belt becoming WBC International champion. The next year he conquered the WBC Silver belt, and in 2020 he became the interim World champion in the heavyweight division. That stoppage victory was recognized as KO of The Year.