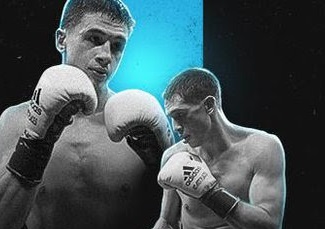 After bringing live professional boxing back to Atlantic City last March following a two-year hiatus due to COVID-19, Thomas “Cornflake” LaManna is once again returning to the historic Jim Whelan Boardwalk Hall. However, this time, in addition to serving as promoter, the Millville, N.J. middleweight (31-5-1, 13 KOs) will also be lacing up the gloves and stepping inside the ring on Saturday, August 20 to compete in the eight-round Main Event (opponent TBD) at Boardwalk Boxing: Rising Star Series Rd. 2. The Rising Star Promotions event is presented in association with the Atlantic City Sports Commission.

“I’m just glad to finally be back. Depression is real and mental health is a SOB. It’s time for me to get back to the top. I’m exciting to get back in the ring after taking a year off, during which I was able to promote some shows. While it’s not been easy to prepare for a ring return, taking a lot of mental and physical work and commitment, it will be well worth the effort when the bell rings in round one,” said LaManna, who is fighting for the 20 th time in the resort town, second appearance at Boardwalk Hall. “Fighting in front of my loyal fans at such an important venue provides an added incentive to put on a great show.” Coming off a 2 nd round TKO win over Felix Bojorquez last August after falling to Erislandy Lara in a match for the WBA World Middleweight Championship in May 2021, LaManna is looking to climb back and put himself into the middleweight contention picture after performing on the biggest stage last year.

Tickets for Boardwalk Boxing: Rising Star Series Rd. 2, priced at $65 (general admission), $85 (premium), $155 (floor), $200 (front row floor) plus taxes/fees, can be purchased at all Ticketmaster locations, including Ticketmaster.com and at the US ARMY Box Office at Jim Whelan Boardwalk Hall.

The Co-Main Event will feature undefeated Puerto Rican bantamweight Emmanuel “Salserito” Rodriguez (11-0, 5 KOs), from Newark, N.J. by way of Quebradillas, Puerto Rico, taking on Frank “El Castigador” Gonzalez (9-2, 4 KOs, Miami, Fla.) for the WBO Latino Championship Bantamweight Belt. The pair were scheduled as the Main Event on Rising Star Promotion’s March 14 Atlantic City card, but the bout was cancelled after Rodriguez suffered a training camp injury prior to the fight. Rodriguez returned two months later in Newark to collect his 11 th win by stopping Juan Medina headlining Rising Star’s May 14 event. Meanwhile, Gonzalez, who beat Brian Cannady on October 16, 2021, will be fighting for the first time in 2022.

Born, living and training (PAL) in Atlantic City, Justin “Time” Figueroa, a middleweight with an amateur record of 37-5, will make his pro debut in a four-rounder (opponent TBD) on the card. Trained by Johnny Gibbs (Coach String Bean) and managed by long time boxing woman Jolene Mizzone, Figueroa was introduced to the sport by his father at age five and started competing when he was 10 while staying with an uncle in Florida. He played football and wrestled at Holy Spirit High School and won numerous boxing accolades including a 2021 New Jersey Diamond Gloves Championship and 2021 Carolina Glove Championship where he beat the #4 (now #2) ranked 178-lb. competitor in the finals. A boxing fitness trainer and member of Atlantic City’s beach patrol, Figueroa represented Team New Jersey at the 2021 USA Boxing National Championships.

Fans will also see some familiar faces on the card led by undefeated top regional prospects including:

All bouts are subject to change.