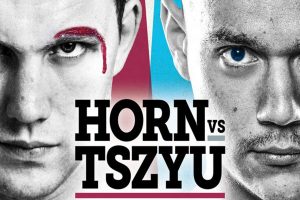 As The Son of The Great Kostya Tszyu

“It was a real military-based childhood. Every morning we would go for a run. We just did things out of the ordinary because my dad was out of the ordinary. He just wasn’t the typical person, he wasn’t the typical athlete. Not even the typical boxer. He would do things differently. The main thing my dad taught me was to never give up. That’s what I carry now. Always keep pushing yourself. To never stop because there are days when you feel like this is tough but you got to never give up.”

On His Amateur Career

“I had roughly 35 amateur fights. Throughout my childhood and teenage years, I was training and then had some time off because of a different change of mindset. Eventually, I came back into the sport to train people. I decided to compete myself later on.”

Growing Up With Gymnastics & Soccer

“When I was growing up, my first sport was gymnastics. It such a good sport to go into as a young kid. Flexibility and strength-wise. I played soccer also. Learn how to play and interact with other people. Team sports are a great thing when you are young. Eventually, I came back to boxing but I was boxing throughout my whole life. I was always coming to the gym doing boxing classes. I was brought up in that gym environment. As a soccer player, I was a right midfielder – I could run nonstop. I was actually playing at representative level. I was playing with good boys. A high level in New South Wales. Anything I did, I did it well. You give me a basketball, I know how to play basketball. Give me a tennis ball, I know how to play tennis. That is part of who I am.”

“Fighting Joel Camilleri (in 2019) was a big change in my professional career. I stepped up to a different platform. It was a nationwide (televised) audience. It was a great experience. I think Joel Camilleri would give anybody problems in the world actually. He’s a tough competitor who is very awkward. He does things out of the ordinary. He’s a very good boxer and he knows what he’s doing and super fit as well. It was a tough fight but I learned a lot in that fight. I feel like I adapted and I was able to find my rhythm eventually. The first few rounds were a bit shaky but then I got the hang of it and I thought I did a good job in the later rounds.”

“Dwight Ritchie, may he rest in peace, was a tough fight. He was a true, true warrior. He was out swinging nonstop. His activity level was on another level, and he made me dig, dig, dig deep. I felt like I controlled the whole fight though. It was a great experience. He was the number one super welterweight in Australia and was always my number one goal was to get into a position to fight in Australia the best super welterweight in the country and I did get that opportunity to prove myself then.”