Tipped to be a star, Laura Pain goes for UBO International Title in 3rd fight 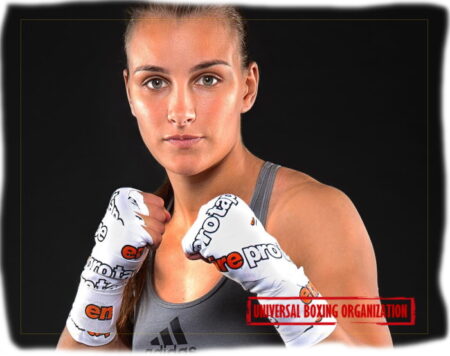 Women’s boxing is at an all-time high, and the United Kingdom undoubtedly has some of the very best female boxers in the world.

Leading the pack are names such as Terry Harper, Chantelle Cameron and Savannah Marshall, all reigning world champions, but behind those established stars stands a long line of promising up-and-comers, ready to step into the limelight.

One of them is Laura “The Punisher” Pain, who on November 7 in Obrenovac, Serbia will fight for the vacant Universal Boxing Organization™ (UBO) International Bantamweight title in only her third professional outing and just four months after making her pro debut.

23-year-old Pain (2-0), a former Team GB member who is tipped by many as a certain future world champion, will take on by far her toughest pro opponent to date in local girl Snezana Siljkovic (27), who is much better than her 3-12-3 record indicate.

Siljkovic is coming off two victories, one of them against undefeated Italian Martina Bernile last month in Palermo, and she has draws against French former world champions Amira Hamzaoui and Justine Lallemand, also on away soil.

This will be her first title fight as well, and while she may be the underdog despite having better results in the paid ranks than Pain, she has the home-court advantage on November 7 and every intention of upsetting the apple-cart.

Pain deserves a lot of credit for taking on a tough challenge such as this so early in her career, and should be expecting a tough night in the ring. None of the boxers who managed to defeat Siljkovic, deserved or undeserved, has managed to do so inside the distance.

The fight headlines a card promoted by MSM-POL Management at the SKC Obrenovac.