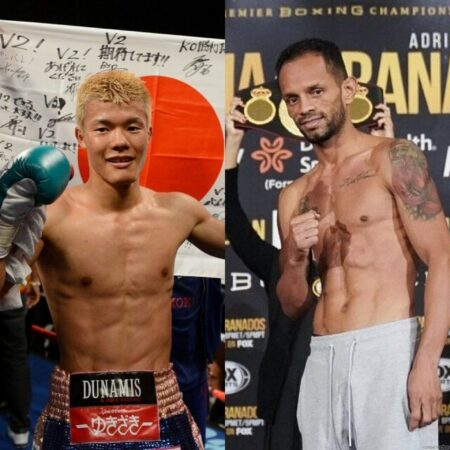 They are two opponents of much experience and known worldwide. The bout will be exciting because it will bring a title opportunity for both boxers.

Kameda, 30, based in Mexico, has already been WBO world champion and has fought for the title several times. He reappeared this year with a victory after a two years of inactivity and he is looking for a new opportunity in his career.

Parejo’s case is very similar to the Japanese’s. The Venezuelan was also a world champion in the past, in fact, he fought Brandon Figueroa in 2019 for the WBA bantamweight belt. After that loss, the 35-year-old fighter has won his last two fights in a row and comes into this eliminator motivated to get another title shot.

Caleb Plant: I am eager to show the world what I can do “Fight Night in Framingham” weights from Massachusetts