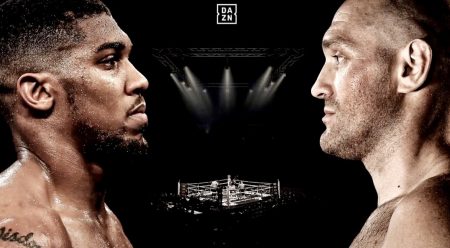 As Fury has come out saying he’ll never fight Anthony Joshua in a Battle of Britain bout following the failed negotiations, BestofBets.com spoke to former WBC cruiserweight Champion Tony Bellew about why this fight was doomed from the very start.

What do you make out of all the headlines that Fury now is saying he’ll never ever fight AJ?

Tony Bellew: “To be honest…the writing has been on the wall from the very start and it was pretty clear that Fury didn’t want this fight to happen; and I don’t think he thought that AJ would agree to all the terms and dates put in front of him. But he did and in response to that, Fury did whatever it took to stop this fight; yet, blamed Joshua and his team.

“It’s ridiculous that Fury is saying that AJ was ‘wasting his time over the last four years’ when it was Fury who pulled out of the last fight due to his agreement with Wilder.

“Joshua was ready to go ahead – he has all to prove and nothing to lose so there’s little point for him to back down. Furthermore, fitness wise, AJ is a machine. He doesn’t need any warmup fights, he’s good to do whenever; he’s always in shape and he always wants the next best and biggest possible challenge.

“And when the next biggest possible challenge is Tyson Fury, he wasn’t going to shy away from that. But for some reason, Fury never truly wanted this fight; so whether it was a way to create headlines or something else, I don’t know. But it was always a bit strange that Fury went for AJ, seeing that apart from his popularity, AJ hasn’t got anything that Fury wants – if anything it’s the other way around. So this was purely about money and a big pay check.

“But the fact that Fury was making a big song and dance about AJ purposely delaying signing the contract was questionable seeing that AJ has agreed to every single part of it; yes verbally, but everyone knows, including Fury, that AJ and his team wouldn’t go back on that…and for Fury, that’s a dangerous game to play and it’s not the first time Fury puts Joshua and his camp in this situation. And now, as it turns out, Fury is ramping up new headlines about how he’ll never fight Joshua – it’s all a bit silly.

“I genuinely think Fury’s team thought AJ would be intimidated when called out by Fury as they didn’t expect him to be up for it – especially after his defeats to Usyk.

“To be honest, I’m not surprised about what happened and the fact that this fight will never happen. It’s a real shame as what a fight it’d been. But as many things in life…if it sounds too good to be true it probably is.

“The whole things has been handled so badly too. It’s a shame for the sport especially as boxing has become more popular than ever.”

Do you think Fury will fight Usyk next?

Tony: “Fury is the greatest heavyweight of his generation right now. However, for him to really truly define an era and a generation, he has to defeat Oleksandr Usyk. And considering Usyk is just a middleweight, I don’t see a problem really; especially as Fury is constantly making fun of AJ and how lost against a middleweight and how he can easily take him.

“However, when it comes down to it, it’s pretty obvious that Fury is worried, which is why he’s not taking the fight. But now when the AJ fight won’t happen, I think he’ll have to agree to fight Usyk as any other fight is pointless and would simply be a cash grab. And if it’s all about cash, the wisest move would have been to fight Joshua.

“It’s all mind games from Fury but time will tell as he’ll have to agree to a fight sooner rather than later. And it’ll be interesting to see who AJ will fight next – he’s ready and stronger than ever so regardless of who it’ll be, it’ll be a great fight.”

According to latest odds, AJ is 2/1 to fight Joe Joyce on the 17th December and an announcement is set to be imminent.