Too soon or too late? Metin Turunc going for UBO glory in Istanbul, May 13 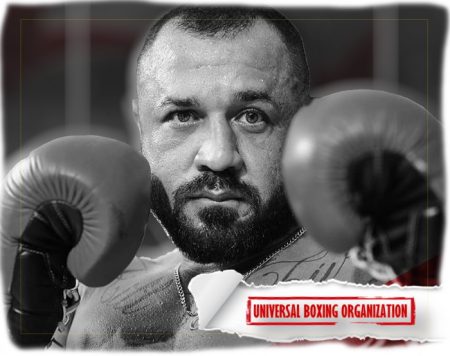 Metin Turunc is 6-0 (6), and has blasted out all of his foes since turning pro less than a year ago. Five in the first round, and one in the second.

But the quality of opposition has been limited, and Turunc, from Antakya in Turkey but based in Cyprus, is already forty years old.

So will it be too early, or maybe too late, for him, when he fights for the vacant Universal Boxing Organization™ (UBO) International Cruiserweight title on May 13 in Istanbul, live on TV 8,5?

His opponent will be very experienced Tanzanian champion Pascal Ndomba (25-11-2, 23 KOs), who has participated in more championship fights (10) than Turunc has bouts.

Ndomba has 129 professional rounds under his belt, while Turunc only has seven!

But despite the odds not being in his favour, “The Cyprus Ironfist”, as he is known, is ready to go for glory in what is undoubtedly his toughest task to date.

To his advantage will be that Ndomba has in the past been proven to have a questionable chin, but the Tanzanian is also a very powerful man.

Turunc´s best shot at victory is probably by overwhelming Ndomba early, while Ndomba´s chances will likely grow as the fight goes on.

A genuine fifty-fifty fight between punchers, and it shapes up to be an explosive affair.

Also on the card, promoted by Serdar Avci Promotions, will be Dilara Yucel fighting for the UBO Female World Super Welterweight title against Happy Daudi, and an extremely interesting clash for the UBO European Light Heavyweight title between undefeated prospects Emre Karaceper and Dzhamal Usmanov.